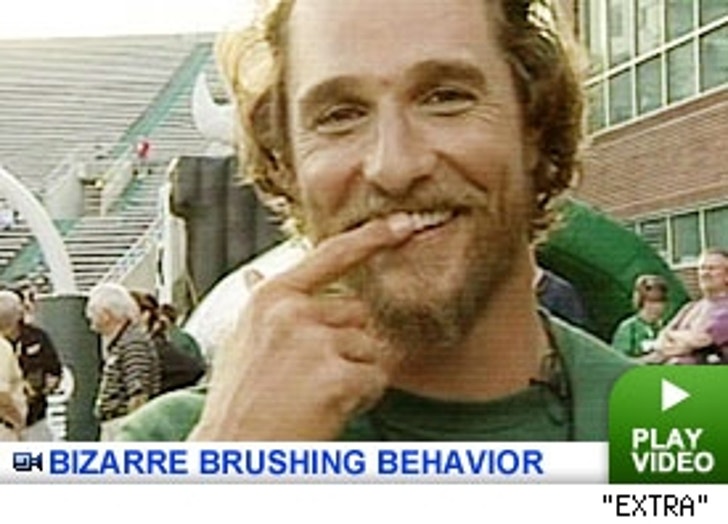 Matthew McConaughey's bizarre tooth-brushing habits made headlines on Monday and now Matt himself is talking about it.

Cameras spotted the Texan stud polishing his pearly whites as he waited at a stop light, really getting into it. "Ha, ha! I do like clean teeth, man," Matt tells "EXTRA" correspondent AJ Calloway, "they never go out of style."

He adds that there are always photographers around his Malibu home, so they're likely to get some good video from time to time, "they followed me all day and I take my toothbrush in the car and I'm brushing."

Calloway caught up with McConaughey in West Virginia, where his next film "We Are Marshall" was filmed. The movie is based on the true story of what happened after a plane crash killed most of the 1970 Marshall University football. The film opens December 22.