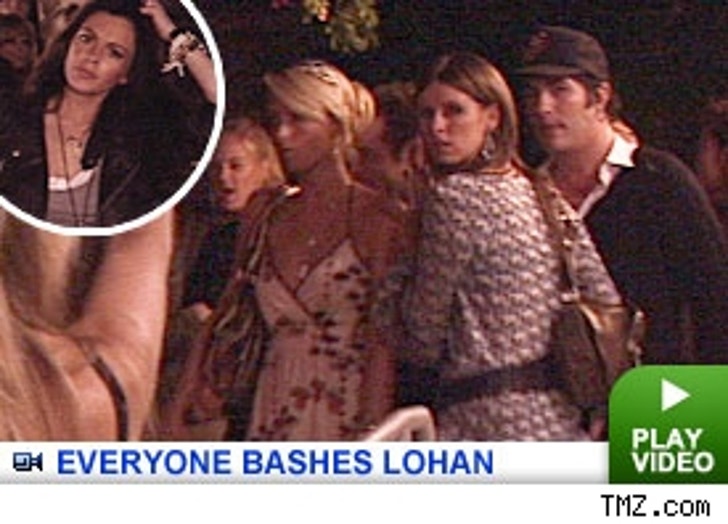 With the "Firecrotch" song blazing from the car stereo, Nicky Hilton and her funky bunch arrived to Area nightclub in style last night to celebrate her 23rd birthday.

Nicky, Paris, Brandon Davis and three other friends piled out of the black SUV like clowns from a clown car, as the words from Greasy Bear's now-infamous tirade against Lindsay Lohan were pumped from the speakers, attached to a hot beat (we assume it's the rumored version allegedly produced by Scott Storch). Moments later, Lindsay Lohan herself showed up to the party ... we're guessing there were some awkward moments inside the club.

Paris eventually took off in a taxi at the end of the evening. Her reason for slumming in the yellow cab -- "Nicky's got the limo tonight." Tough life Paris, tough life.