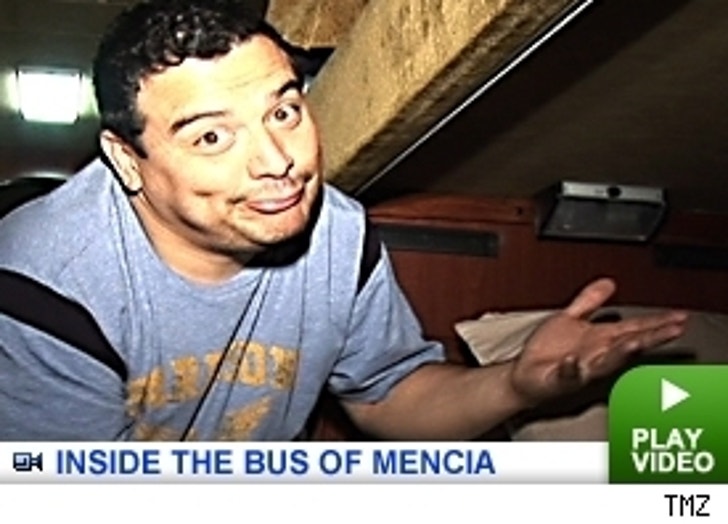 The only thing Carlos Mencia loves more than his tour bus are his custom motorcycles, and he gave our camera an up-close introduction to both.

We dropped in on the red-hot comic at the Gibson Theater in Los Angeles and he took a minute or two to show us what's what.

The tour bus has Xbox, iPod hook up, Carlos' giant mug painted on the side and twelve beds "big enough to fit you, on top of somebody." That's how he put it, anyway.

Yeah, his bus is sick, and his bikes are even sicker, but the best part was getting a glimpse into the sickest thing of all: the mind of Mencia.