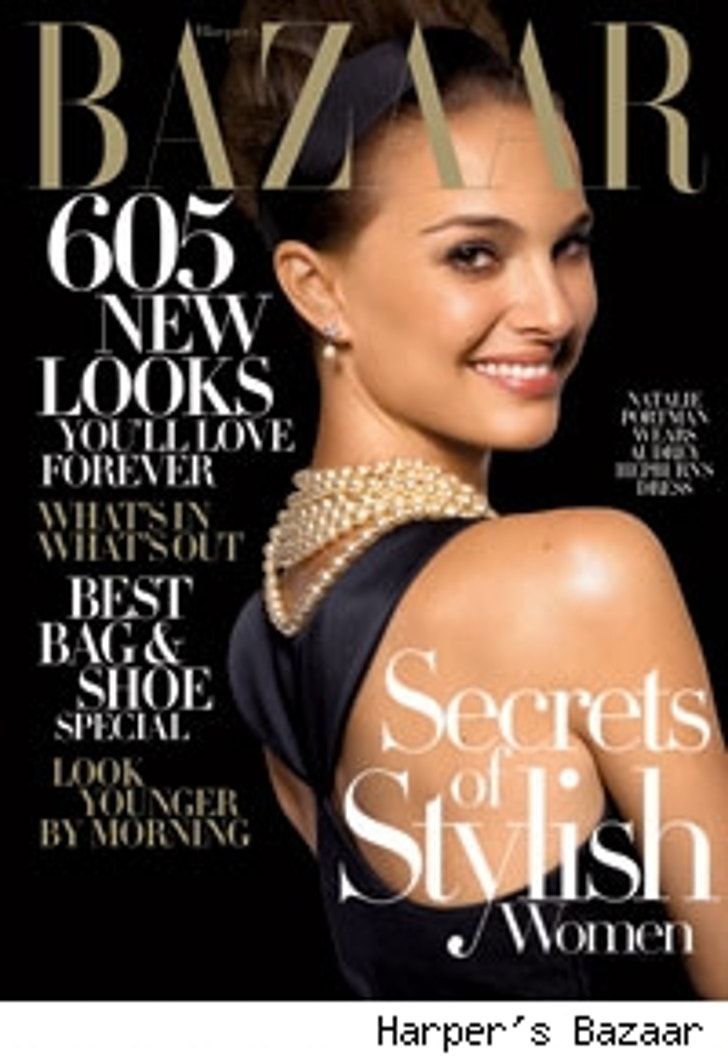 Few garments in film history are as iconic as the black Givenchy gown that Audrey Hepburn wore to such heartbreaking effect in the opening scenes of 1961's "Breakfast at Tiffany's."

And Natalie Portman is one of very few stars of the present day who could hope to emulate Hepburn's signature sylph-like elegance. In a rather daring feat of mimicry, Portman dons that very dress -- along with an appropriate pearl choker and a dazzling smile -- on the cover of the November Harper's Bazaar, which hits newsstands on October 20th.

Portman, for her part, doesn't claim to be the immaculate beauty that Hepburn was, but the dress certainly helped channel some of Audrey's effortless glamour. "I did feel very elegant suddenly," says Portman. "I mean, you can't possibly measure up to Audrey Hepburn; there's no comparison."

For the right bid, you too can channel Audrey Hepburn as well: The dress, one of only three made for the film, will be auctioned off at Christie's in London on December 5th. Proceeds from the auction will go to the City of Joy Aid charity, which provides aid to the impoverished in India.