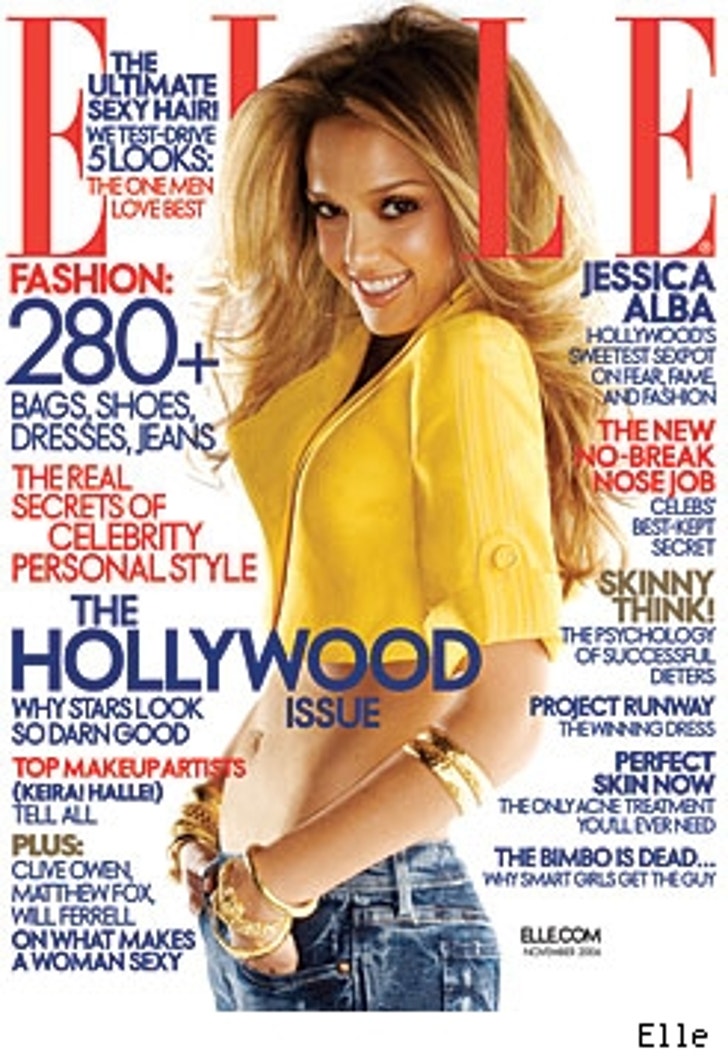 Jessica Alba wants you to know she's not a "mini-skirt-and-cleavage-girl" -- she only plays one on the big screen.

The stunning actress tells the November issue of Elle magazine "I never dress for men -- I dress more for women," coyly adding, "I'm guilty of wearing too many sweat suits. I have such long hours that I want to be in my pajamas."

Alba, who's made a career out of baring her curvy physique in sexy roles like "Sin City" and "Into the Blue," tells the magazine even she has image issues, stemming from a four-year stint as a born-again Christian. "Older men would hit on me and my youth pastor said it was because I was wearing provocative clothing, when I wasn't," says Alba. "It just made me feel like if I was in any way desirable to the opposite sex that it was my fault, and it made me ashamed of my body and being a woman."

She also opens up about her battle with Playboy, who used her image without permission and her refusal to ever appear nude on film.