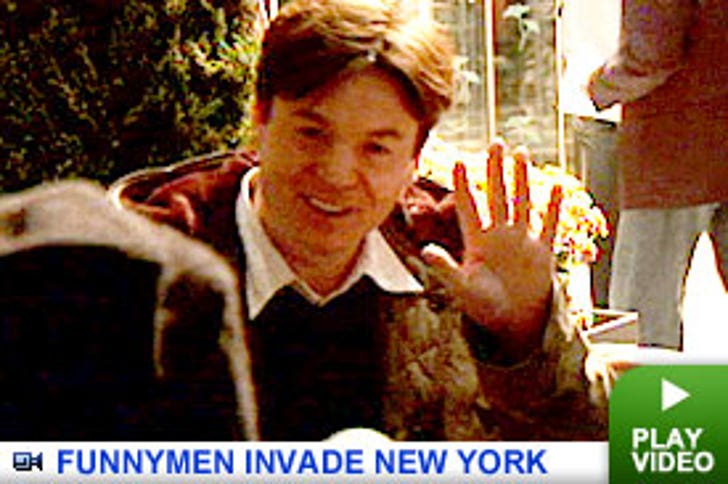 On a brisk Sunday evening in Manhattan, a trove of comedy's funniest guys (and a gal) descended upon the Mandarin Oriental hotel at the Time Warner Center -- but they seemed to be much more valued for their Sharpies than for their wit, at least to the eBay-razzi autograph seekers in the crowd. And TMZ's cameras were there to catch all the hilarity.

The procession of comedy stars, who were fresh from attending Comedy Central's first live event, "Night of Too Many Stars: An Overbooked Benefit for Autism Education," at the Beacon Theater, seemed to cater to their fans graciously. Mike Myers seemed to accede to any fan who wanted his Hancock, Ricky Gervais found a fan's picture cackle-worthy, while Stephen Colbert, almost in character, did his business in a, well, businesslike manner.

The "SNL" posse then turned up and mugged for TMZ's cameras, including Fred Armisen, Will Forte, Amy Poehler and her hubby, "Arrested Development's" Will Arnett.