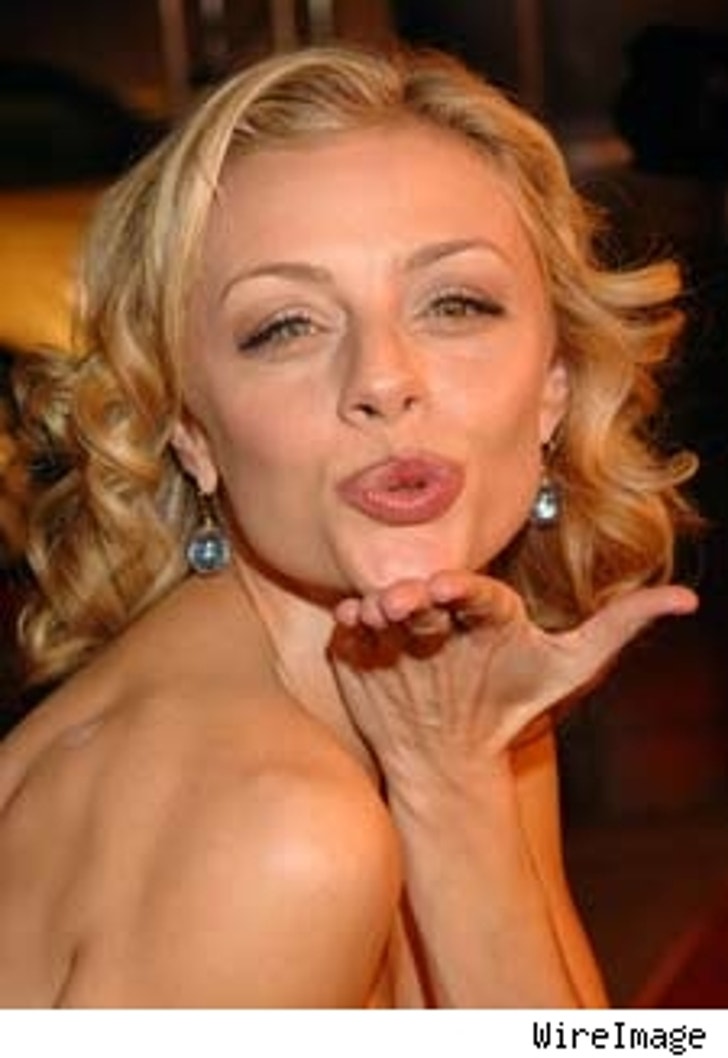 Actress Jessica Cauffiel, best known for her roles as Elle's best friend in the "Legally Blonde" films and her hilarious character Tori in "White Chicks," found herself one pet shy last week as she lost her four-legged companion outside of her home in Hollywood.

A couple of guys from a nearby apartment were walking their dog when they came upon her bulldog named Otis Redding sitting all alone on the street. When they realized the pooch was without an owner, they checked the collar for a phone number. They called the number on his tag and quickly reunited the dog with Jessica. Apparently a delivery guy had accidentally let the pooch loose from her home.

Thanks to a couple of really great guys, Otis made it home safe and sound!