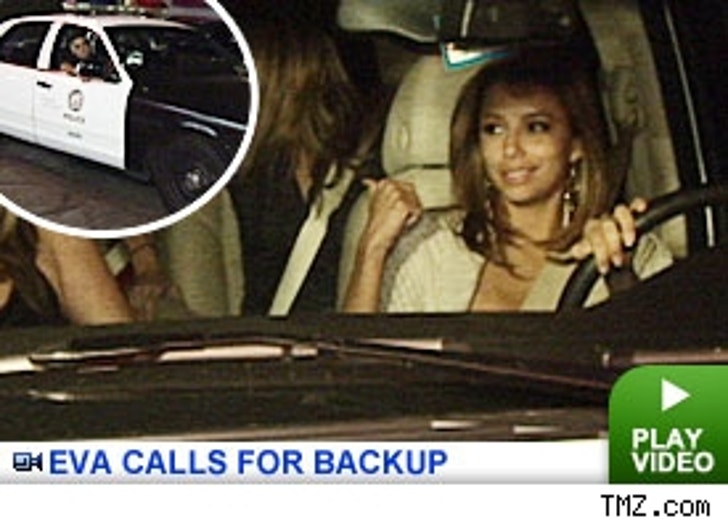 They protect, they serve, they do whatever Eva Longoria wants.

The LAPD came to Longoria's rescue last night after the "Desperate Housewife" was bombarded by photographers as she attempted to leave Hyde in her white Escalade (of course). Several members of the flash-happy crowd got dangerously close to the SUV, but Eva's boys in blue quickly came to her rescue.

Once Longoria decided it was time to go, she looked back and pointed to something behind her -- reminding the crowd that her popo pals were ready to handle her business. Almost on cue, the police blasted their sirens. The photogs then proceeded to back off Eva's car and take pics from the sidelines.

One shutterbug was clearly unhappy with the situation and yelled "Pigs" at the cops. Bad move. Almost immediately, the cops slammed on their brakes at a green light, exited their vehicle and got right in the photographers face.