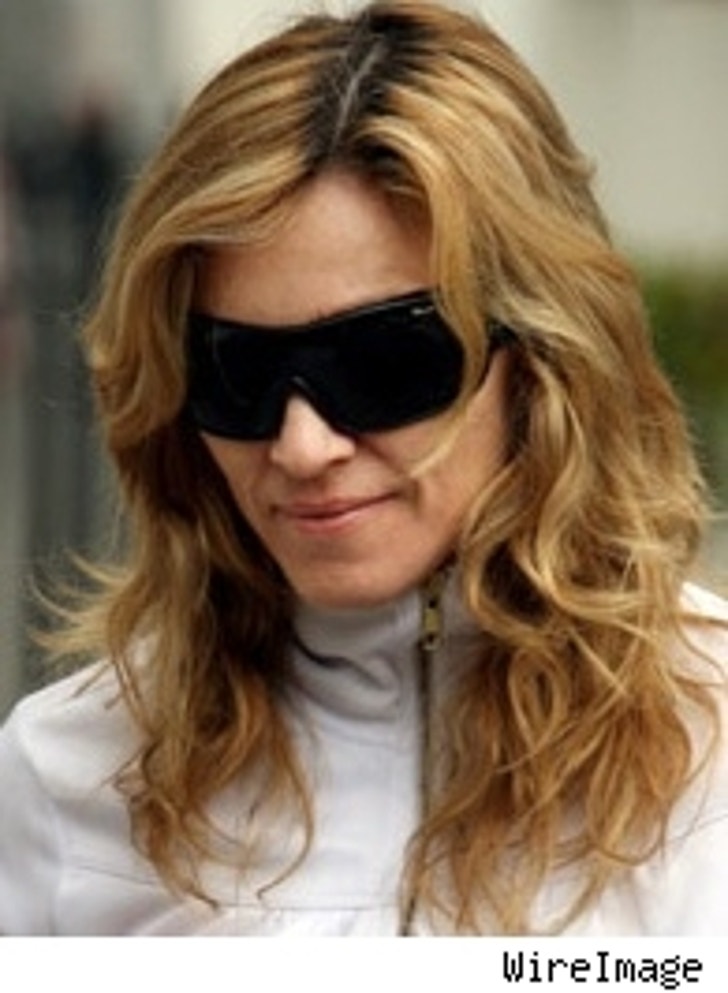 The father of the Malawian boy that Madonna adopted recently didn't quite get the whole "adoption" thing, evidently. Today, Yohame Banda says that he didn't realize that he'd have to give up the baby to the pop queen forever and ever when he consented to the adoption.

The 32-year-old Banda, a produce farmer from Malawi, tells the Associated Press that he is just now understanding what happened to his son. "If we were told that she wants to take the baby as her own we would not have consented, because I see no reason why I should give away my son," said Banda.

So what exactly did he think was going to happen? Banda says he thought that the biggest

female pop star in the world was just going to take care of David as an orphanage would for several years, and then return him to his native village of Lipunga. Madonna has come under fire from certain human rights organizations for her adoption, and one of them has filed a suit to have the adoption overturned.

Anna Nicole Smith's estranged half-sister Donna Hogan holds Smith responsible for her son Daniel's death in the Bahamas. Hogan charges in a new book about her sister that Anna neglected Daniel, that she knew about the drugs he was taking, and didn't do anything about it, according to Rush & Molloy.

"[Anna] waits forever to bury him and two days after he dies, she's selling pictures of him to the tabloids and I'm thinking, 'What a freaking waste of a human being, my sister is,'" says Hogan. She also suggests that Smith "doesn't even know" who the father is; Smith has declined to allow a paternity test to be performed. According to Smith's lawyer-lover Howard K. Stern, Hogan is another person "trying to take advantage and make money off" Anna Nicole.

Meanwhile, Smith might also need to look for a new house in the Bahamas, as the man who owns it, Ben Thompson, is threatening to evict her. "Anna was supposed to pay him back or pay rent," says a source to MSNBC's Jeannette Walls. "She got a ton of money selling photos of him with her baby, but so far, she's not paying rent. Thompson's totally disgusted by the whole thing. He's drawing up papers to get her booted out."

Magic movie "The Prestige" emerged from the top hat as the weekend's no.1 movie with a $14.8 million opening, beating out "The Departed" and Clint Eastwood's "Flags of Our Fathers." Martin Scorsese's "Departed" finished strongly again, taking in $13.7 million and raising its three-week total to $77.1 million. World War II saga "Flags" came in third with $10.2 million, whereas another new release, "Flicka," tied last week's champ "The Grudge 2" for fifth place with $7.7 million. "Marie Antoinette," the period drama from Sofia Coppola, finished in eighth with $5.3 million in limited release.

As though his brand weren't wide-ranging enough, designer Ralph Lauren is in talks, says Page Six, to buy a marina with dining and lodging facilities in the Hamptons, and then convert it into a private club. The spread includes 14 guest cottages, a large restaurant, 58 slips for boats on 5 acres ... Hollywood super lawyer Bert Fields involvement in the Anthony Pellicano wiretapping case is "done and over," says a source to Nikki Finke on deadlinehollywood.com ... Renowned astrophysicist Stephen Hawking is divorcing his wife of 11 years, Elaine Hawking, according to British newspapers. The big thinker was married once before with two children.