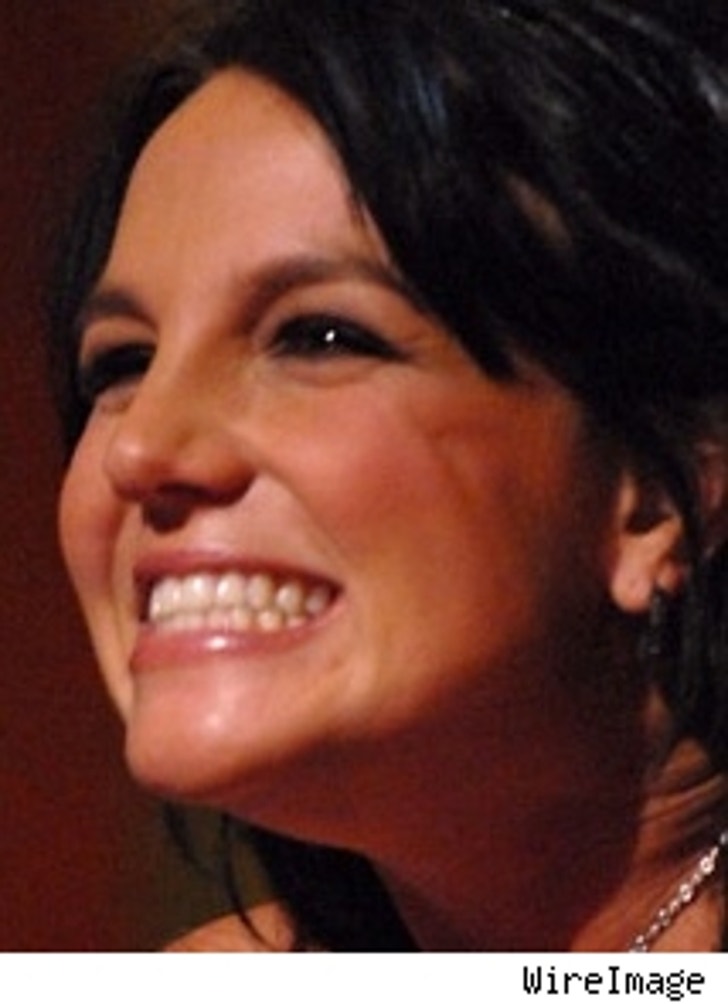 The mystery deepens over Britney Spears and Kevin Federline's second child: Now, not only are people questioning the baby's name, but there's buzz everywhere that the kid might actually be a girl, not a boy, as had been widely reported.

Just last week, reports began to emerge that the baby's name was not in fact Sutton Pierce but Jayden James, but now a source tells MSNBC's Jeanette Walls that everyone might have it completely wrong, and that the baby is in fact a girl. More supporting evidence came when K-Fed told a radio show recently that it was "crazy" that people tell him that the baby's a different sex than it actually is, and when Britney was spotted at tot-shop Planet Blue buying pink baby clothes.

Whatever they're doing, it's all in the name of PR; an MSNBC source says that the mystery over the baby is being used to help maximize impact right around the time of K-Fed's Oct. 31 CD launch, and that the first photos of the child are scheduled for release right around then.

Tom Wants To Change His Worst Day Ever

Tom Cruise might be able to relive and do something about his worst day ever – the day he decided to go couch-jumping on "Oprah," perhaps? – in his next film, that is. The actor, according to Variety, is finally getting back to work, and one of the roles he's considering is playing a man who sells back chunks of time in his life for a chance to redo that one awful day. The movie will be directed by Spike Lee.

He's also considering a political drama possibly directed by Robert Redford in which he plays a congressman opposite Meryl Streep's journalist, and something called "The Ha-Ha," in which he would portray a Gulf War veteran who becomes mute from his injuries and has to take care of a 9-year-old whose mom disappears (do you smell Oscar, too?). Variety cautions that Cruise did look at three other projects earlier this year, and passed on all of them.

Madonna's critics are charging today that her adoption of a Malawian baby is more than a little tied to her involvement in Kabbalah, the cultish Judaic theodicy that she's espoused for years. As Rush & Molloy report, in the orphanage that she's building in the African nation, the curriculum will be provided by Kabbalah Centre, which runs a joint organization called Raising Malawi. "It's very sad, that, unlike other celebrities, Madonna cannot do charity work in Africa without so many strings attached," says cult expert Rick Ross of cultnews.com. "Why does she insist on a kabbala connection?" The project coordinator for Raising Malawi responds that they "have no intention of spreading kabbala, or indoctrinating people."

Vanessa Minnillo has landed her first acting gig -- as the love interest to Chris Evans' Human Torch character in the "Fantastic Four" sequel. It's the first significant acting role for the former beauty queen/current MTV veejay and Nick Lachey squeeze ... Some folks have blamed the demise of Travis Barker and Shanna Moakler's marriage on their MTV show "Meet the Barkers," in which their life together was minutely scrutinized. But Travis disagrees. As he tells Spin magazine (via MSNBC), "MTV doesn't break up relationships. What breaks up a relationship is when people are concerned with being some crazy celebrity. And my wife was." ... Diddy, according to Page Six, wasn't happy with his management team while he plugged his album "Press Play" at Sirius studios in New York, and threw a "tantrum." The rapper "had his team around him and he was cursing up a storm, dropping F-bombs and throwing around the N-word." No comment from his f-ing reps.