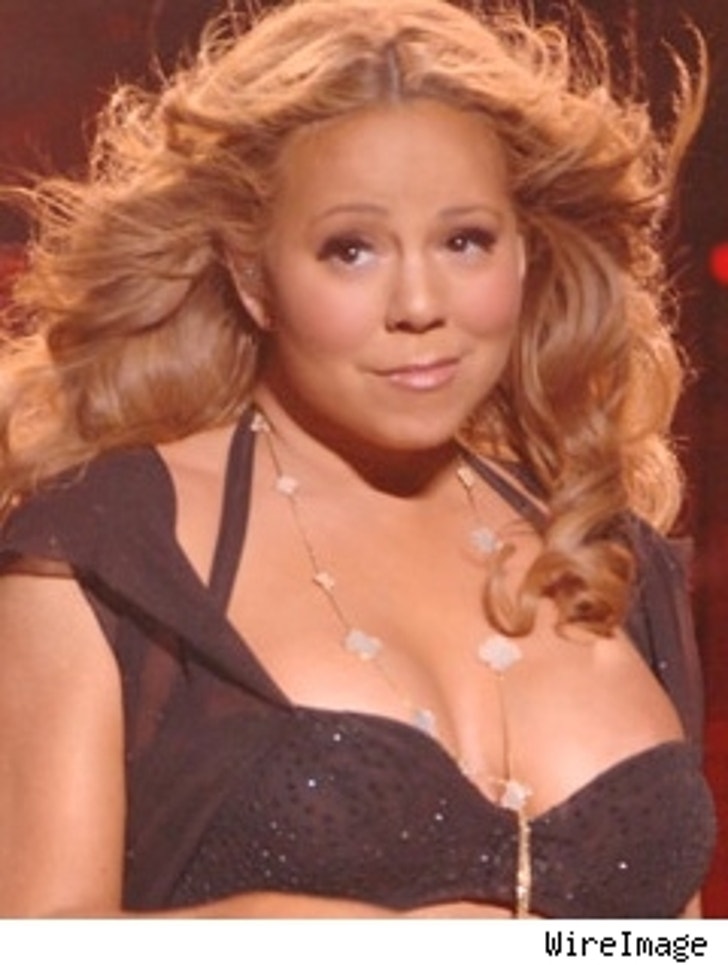 Superdiva Mariah Carey has gotten the 86 in Hong Kong, after an event promoter there said her ticket sales were disappointing and her contractual demands were too outrageous. In a statement, promoter One Events said that Mariah's concert tomorrow night was being cancelled "due to both the poor response of ticket sales and also due to specific last-minute demands which we find wholly unreasonable."

One music industry source tells the New York Daily News that Mariah "was making demands like Streisand," demanding special spring water, furniture, lighting, and armed escorts. Benny Medina, Carey's manager, said that ticket sales were fine, and that One Events were the ones who pulled out because they'd failed to meet their financial commitments. "This promoter is resorting to lies and attacks on Mariah when it's just a result of the fact that he can't pay his bills," says Medina.

Michael J. Fox struck back at Rush Limbaugh last night and defended his controversial appearance in recent political campaign ads, saying he was in fact on his medication for Parkinson's disease in the ads and that he "could give a damn about Rush Limbaugh's pity or anyone else's pity ... I'm not a victim."

In an interview with Katie Couric on Thursday night's "CBS Evening News," Fox said that, contrary to the speculations of Limbaugh and other right-wing critics who charged that he managed his appearance in political spots supporting stem-cell research to maximize the swaying and jerking effects of his Parkinson's disease, he was actually "too medicated" when he did the spots. "That's funny – the notion that you could calculate it for effect. Would that we could," said the former "Family Ties" star.

In the interview with Couric, Fox jerked so acutely that his microphone became disloged, and he told Couric that his condition while talking to her was the result of "a dearth of medication – not by design. I just take it, and it kicks in when it kicks in." The pill-popping radio host Limbaugh had blasted Fox for being "either off his medication of acting" during the taped ads, and that Fox was "really shameless" in his efforts to raise awareness for embryonic stem cell research.

Snoop -- The White Zone Is Not for Loading Guns

Rapper Snoop Dogg was arrested yesterday at Bob Hope Airport in Burbank, Calif. on suspicion of illegal drug and gun possession, according to police. As reported by the Associated Press, airport police officers stopped the rapper, whose real name is Calvin Broadus, at a loading zone for a vehicle code violation. In a subsequent search of the vehicle, the police say they found a gun and marijuana. "There is no basis for this arrest," says the rapper's attorney, Donald Etra. "We believe that once this is cleared up, all charges will be dismissed." As TMZ reported earlier, Snoop already faces the possibility of charges against him after authorities discovered a 21-inch collapsible baton in his bags at John Wayne International Airport last month.

Ivanka Trump wants everyone to know that she paid for her own apartment – the one in the building that has her dad's name on it. In an interview with ABC set to air soon (as previewed by Page Six), the Donald's adult daughter says that she paid the $1.5 million for her Trump Park Avenue place after haggling over the price with her father, and she doesn't like it when people suggest that she got it for free. What's more, Ivanka also tells ABC that any potential suitor better be prepared for her not to take their name after marriage – because she's keeping that Trump for professional reasons. Not a bad idea, Miss Trump.

Jay-Z talks to XXL magazine (via Rush & Molloy) about his split from former Roc-a-Fella co-founder Damon Dash for the first time publicly, and says that he was actually offered $20 million two years before their acrimonious split to ditch Dash, and wouldn't do it. "You're friends," says the rap mogul. "You ain't supposed to do that" ... David Letterman might be the host, but that doesn't mean he's got to be gracious – at least not when the guest is FOX News' Bill O'Reilly. Page Six says that on tonight's show, Letterman peppers O'Reilly with insults and pointed jibes ... Will Ferrell will next play the coach of a hapless semi-pro basketball team in the comedy, "Semi-Pro," after he gets done with "Blades of Glory" and "Step Brothers."