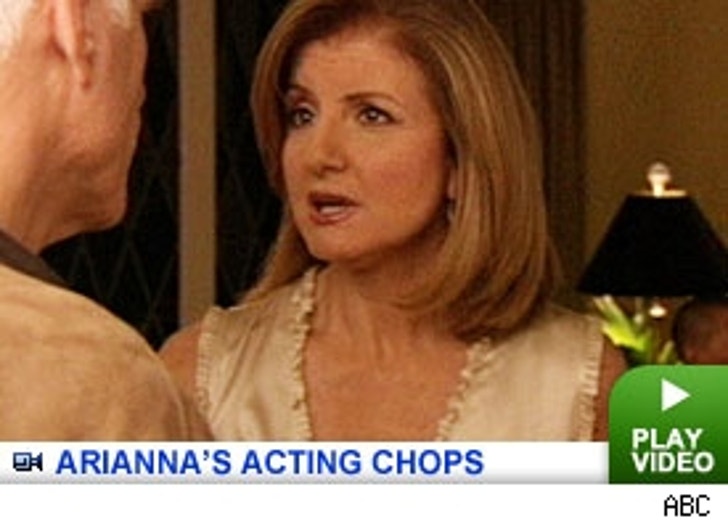 Political commentator Arianna Huffington is ready to prove her comedic acting abilities -- but she needs your help.

Huffington will appear as herself in an upcoming episode of "Help Me Help You," a new sitcom starring Ted Danson. While her scene has already been taped, the folks at ABC are apparently having a hard time deciding how to edit it.

The pundit filmed four different closing lines for her scene and has put it up to visitors of her blog to choose one which makes the cut. Our pick - "If you Google 'sexy humanitarian,' she's the top entry."

Check out the video and cast your vote.