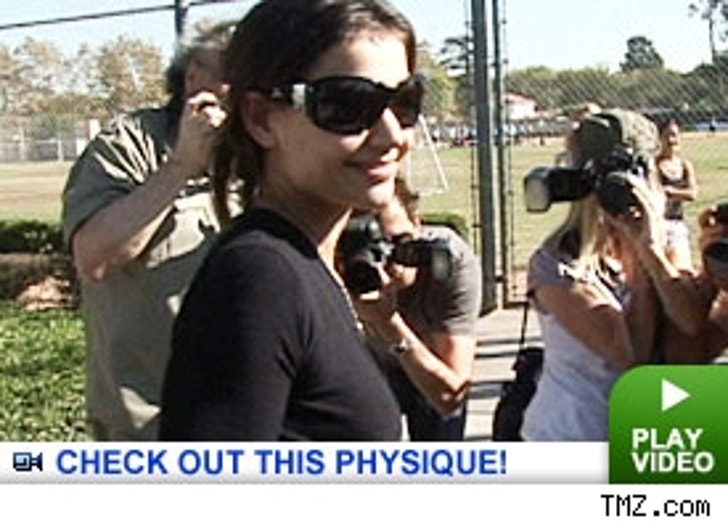 With Tom Cruise apparently concerned about her bod, Katie Holmes proved he has little reason to worry as she showed up to his daughter's soccer game lookin' hot over the weekend.

According to sources, Cruise was willing to do whatever it takes so his bride-to-be "looks the best that she can walking next to him down the aisle," and so far ... it's working! As the wedding date rapidly approaches, Holmes is clearly ready to swap I-do's, looking toned up and slimmed down for the Giorgio Armani wedding dress she'll reportedly be wearing at Giorgio's Italian villa.

As she made her way to and from the game, Holmes looked as though she took a play straight out of the Tom Cruise "How to Treat the Paparazzi" playbook -- acting overly gracious to photogs and walking extremely slow so nobody missed the shot.

The two are set to marry November 18th in Italy.