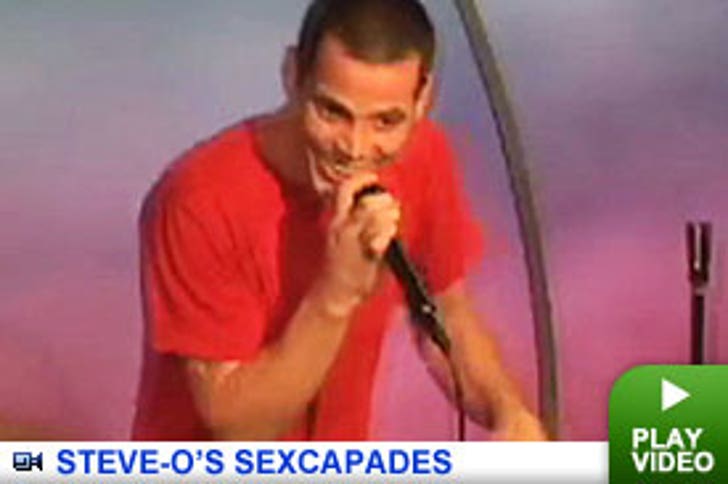 WARNING: Steve-O loves to talk about sex and drugs. This story will include a few examples of that fact. There was no way around it.

They say you haven't "made it" in Hollywood until you've slept with a bonafide star. By that standard, Steve-O has yet to "make it." But he is getting closer.

The "Jackass" star recently took over the mic at the The Laugh Factory in Hollywood, where he regaled an audience filled with stars like Jon Lovitz, Bam Margera and other "Jackass" alums with graphic tales of his romantic conquests. He even politely dropped the name of one minor television personality he shared an "in-depth" relationship with.

But Steve-O didn't just expose his own bedroom secrets, he called out Bam Margera on a highly publicized "alleged" fling with a former "Newlyweds" star. "How long did you f*** Jessica Simpson for?" Steve asked. An embarrassed Margera could only smirk before burying his face in his arm.

Steve-O also offered up a few nuggets of wisdom for the future Hollywood stars in the crowd, advising each to invest in a good doctor and a good lawyer ... Click here and let Steve-O explain why.