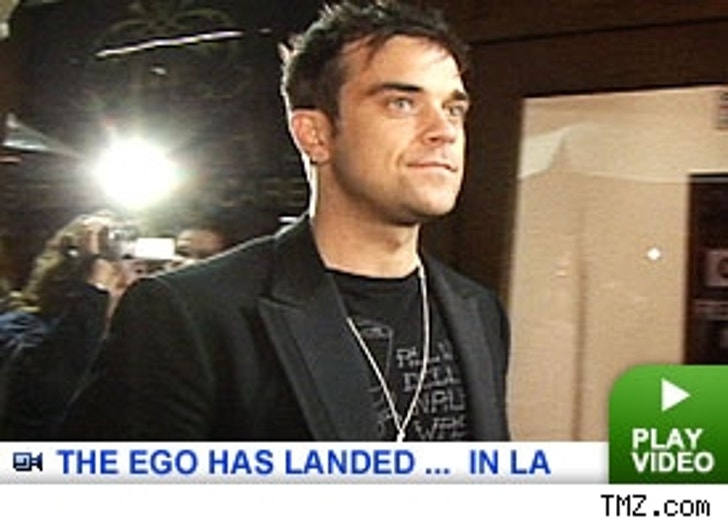 There's something about a man with a British accent.

English superstar/notorious playboy Robbie Williams was spotted outside L.A. hotspot Hyde last night. The sexy Brit took his time leaving the club, snapping photos with everyone who asked for a pic. His one request of the paparazzi: "Only give them pictures without the double chin!"

Maybe it's hearing him say "Cheers, lads!" or it just his rugged good looks, but here's hoping Robbie Williams sticks around the states a bit longer.