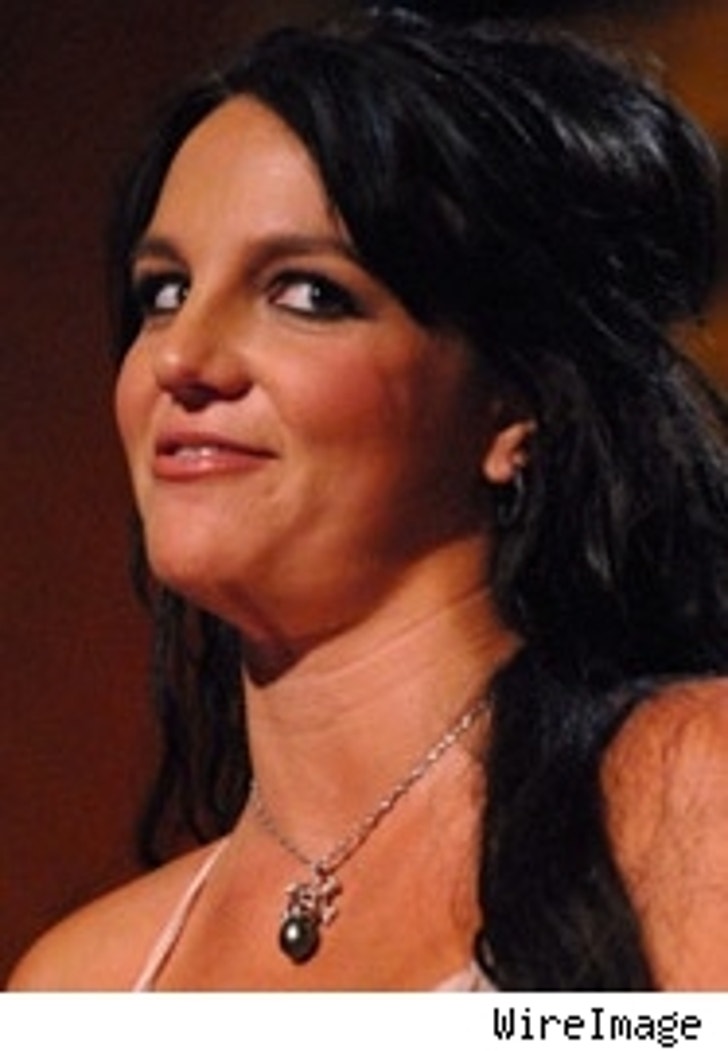 In tossing out the suit, Los Angeles Superior Court Judge Lisa Hart Cole ruled that the article wasn't defamatory because Spears had, in her videos and reality TV series, "put her modern sexuality squarely, and profitably, before the public eye." Thus it would be unlikely for the magazine article to be found defamatory.

The Us article said that the couple was concerned about a sex tape getting leaked, and that they'd watched the tape with her lawyers, with Britney acting "goofy" during the viewing, a detail that Spears had objected to in the original suit. "It is clear that plaintiff did not bring this lawsuit because she was falsely accused of acting goofy," wrote Hart Cole.

Nicky Hilton has learned her lesson from sister Paris about where to find love – from those whom the Olsen twins no longer dare to bed. (It also, apparently, helps if they're stinking rich.) Nicky, according to Page Six, has taken up with David Katzenberg, the ex of Ashley Olsen, who also happens to be the son of millionaire DreamWorks co-founder Jeffrey Katzenberg. She just dumped "Entourage" star Kevin Connolly last month. Says a Post spy, "They have gone to dinner but have not hit the clubs together. They are trying to keep it quiet for a little bit and keep it on the sly." Big sis Paris had her way with Greek shipping heir Stavros Niarchos after he'd been with Mary-Kate Olsen. Ahoy!

Sure, Brooks & Dunn won the big award, and Kenny Chesney won entertainer of the year at the Country Music Association awards last night. But naturally all the buzz surrounded one singer who wasn't even there, Keith Urban, and another who didn't win anything, Sara Evans.

Urban actually won the best male vocalist for the second year in a row, but he couldn't accept the award – because he went into rehab a month ago. Ronnie Dunn accepted the award for him. As it turns out, Urban's new album, "Love, Pain, and the Whole Crazy Thing," drops today, and he is the new cover boy for Best Life magazine with this unfortunate line next to his head: The Best Year of Your Life. "Dancing With The Stars" Sara Evans, embroiled in a divorce scandal, sang her hit song – "Real Fine Place to Start" – and was nominated for best female vocalist, but didn't win.

The NBC sitcom "30 Rock" is being moved to the comedy block on Thursdays that the network is trying to revive, but the L.A. Times' Scott Collins points out that it might not be such a good idea, as the show has been garnering a low, low 1.7 rating last week and might really flame out next to heavyweights like "Grey's Anatomy" and "CSI" ... Microsoft will unlock the digital-distribution capabilities of its Xbox 360 on Nov. 22, so now gamers can stay extra-glued to their couches to download TV shows and movies as well ... Brad Pitt showed up to the L.A. premiere of his new movie "Babel," and Page Six notes that fatherhood might be taking a little toll on the pretty star; he's started to sprout some gray hairs on his chinny-chin-chin.