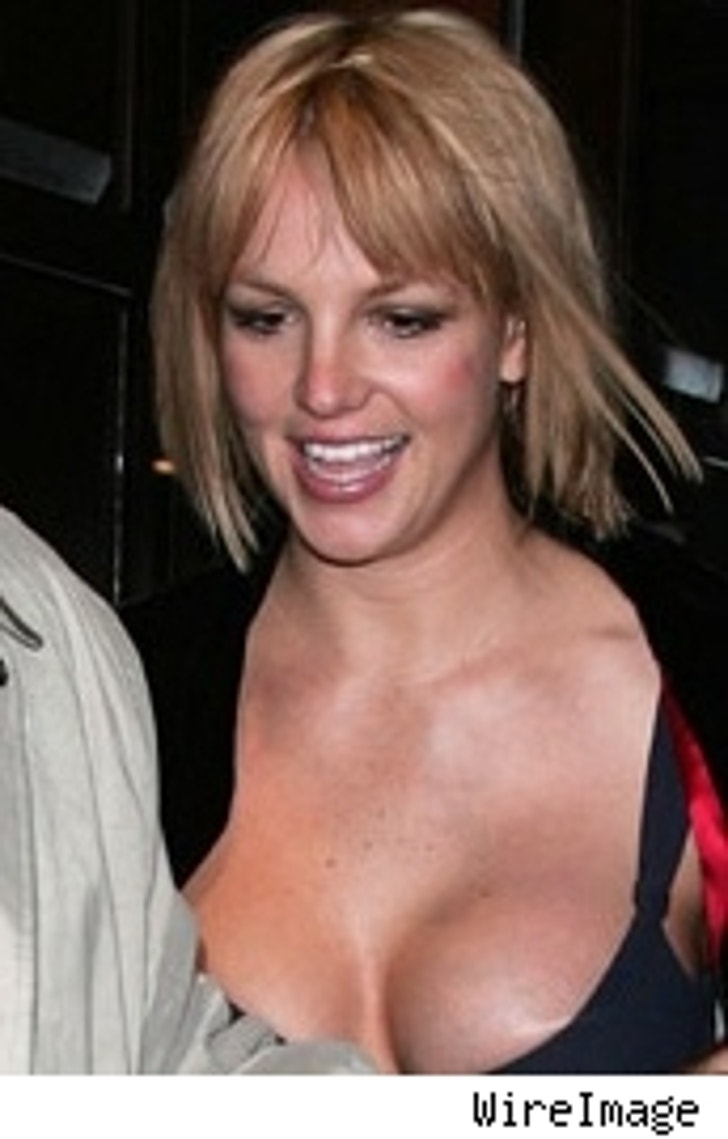 Could K-Fed have blown through $50 million dollars of Brit's fortune in just two years? At the time of her marriage to FedEx, Britney was estimated to be worth $100 million, but according to recent reports her net worth has fallen to between $35-$50 million, so you do the math.

So what'd you spend it on, Kev? It's obvious that he didn't spend the money on clothes. In a skit on last night's Saturday Night Live, Britney went to her divorce lawyer to complain about how FedEx squandered her money by filling their dining room with baby tigers and renting an amusement park for his friends to chill at. She also suggests in the skit that K-Fed was unfaithful: "Brit" says that K-Fed was doing choreography with Alyssa Milano and a week later, "Guess who's got panty crickets? Me."

Luckily for Brit, the party stops here with an airtight prenup. "Everyone thinks that Britney is this hick from Louisiana but, in reality, she is an extraordinarily astute businesswoman who has built herself into a global brand," a source tells the New York Post. Too bad the pop princess wasn't as astute when she picked her husband.

TomKat To Guests: Enjoy Our Towels

Tom Cruise and Katie Holmes will tie the knot this week at Castello Odeascalchi, a hilltop castle north of Rome that overlooks Lake Bracciano, according to reports by Italian newspaper Il Messaggero and the Daily News. Holmes will wear a Giorgio Armani gown during the ceremony, which will be performed by a Scientology minister.

The star-studded guest list, some of which will be personally flown in by John Travolta, includes Kirstie Alley; David and Victoria Beckham and Andrea Bocelli. Big-spender Cruise reportedly paid $8,000 for embroidered towels bearing his and Katie's initials as gifts for guests.

It looks like Denise Richards is off the hook, but she'll be paying for her computer-throwing fit. The photographers, Denise and her management company have agreed to settle the matter civilly, according to the Canadian police.

Richards tells People that the incident was a "big mistake," and although she admits that she threw a computer-not two-she says it did not hit an elderly woman in a wheelchair. That leads TMZ to ask, did she know who was below before she hurled the laptop, and are healthier people fair game for her reckless ways?

Tobey Maguire and his fiancé, Jennifer Meyer, welcomed their first child on Thursday. There's no word yet on what they've named the baby girl ... The movie version of "Dallas" may be in trouble, as reports swirl that John Travolta is now the only star still attached to star in it. The original script has been scrapped, too ... Michael Jackson is planning a comeback performance at the World Music Awards in London this week. He plans on recreating the graveyard scene from his '80s video "Thriller."