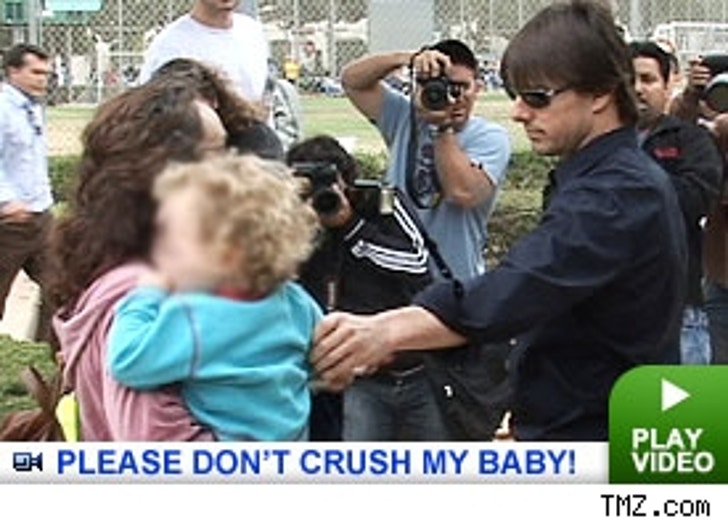 It was a knock-down-drag-out day at the soccer field for Tom Cruise on Saturday, problem is -- the victim was an innocent toddler caught in Tom's paparazzi crush.

It went down moments after Tom put his soon-to-be wife, Katie Holmes, in a passionate liplock, then took off for the restroom -- as usual, a crash of photogs followed. As the star smiled and slowly paced toward the public toilets, a toddler wandered into the crush, and fell to the ground. "She's bleeding!" screamed the child's mother.

A shocked Cruise stared blankly before extending his arm in a vain attempt to console the kid with a backrub. The child's infuriated mother picked up the kid and began walking away, offering a few words of advice to the world's most famous actor: "You should live in Colorado, get away from them (the photogs)."

Moments later, Tom whispered into the ear of one of his "people," who took off after the Mom and her wailing tot.

After the drama, Tom finally made it to the restroom. Mission accomplished.