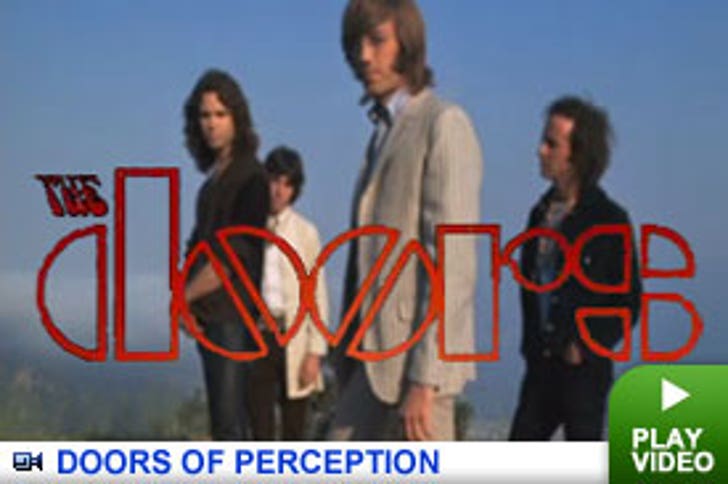 Last Wednesday marked the 40th Anniversary of The Doors. The Sunset Strip was the setting for what was not only a remembrance of what was, but as the crowd swelled, it was like 1966 all over again.

Surviving members Ray Manzarek, Robby Krieger and John Densmore participated in the event, holding down the fort at three locations that were at the foundation of The Doors' influential career. (Jim Morrison died in a Paris bathtub in 1971.)

With commemorative events still in his smile and tone, Ray Manzarek sat down in The Doors' management office to reminisce. With the new book by Ben Fong-Torres at his side, Ray remembered his glory days, but as questions shifted, Ray had sage advice for today's youth: "Art is the saving grace of America. It is the saving grace of your generation, and when you guys all get together and really begin to appreciate art, and then from that you will say, 'Hey let's change the times.'"

Watch the video and then enter to win a copy of their new boxed set, to be released Tuesday, November 21.