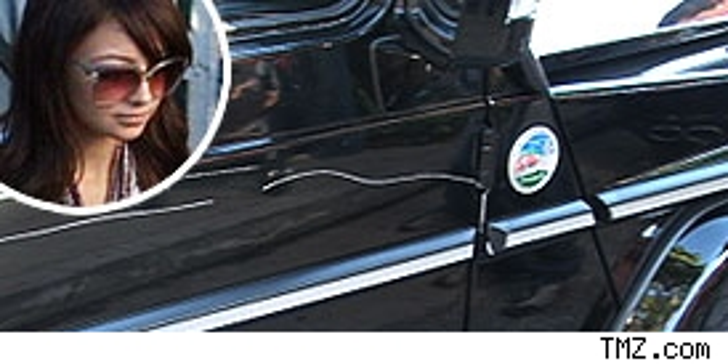 Nicole Richie may have patched things up with Paris Hilton, but she still has at least one enemy out there.

TMZ spotted Richie's car while she ate at The Ivy, and it looks as though someone keyed the s**t out of it. Deep scratches on the passenger side doors of her Mercedes didn't seem to faze the key-thin Richie, who appeared happy as she emerged from the posh eatery.

Now who would want to do a thing like that?