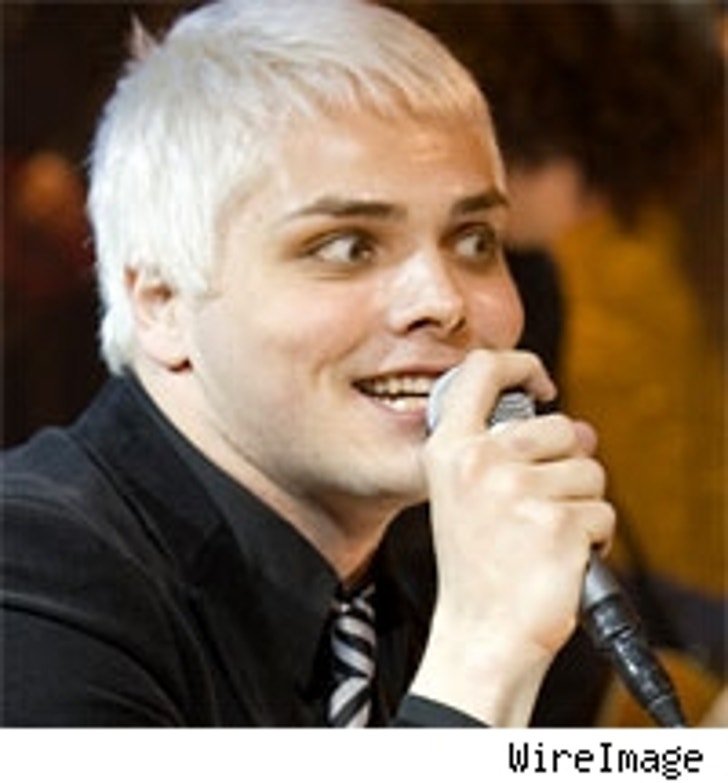 My Chemical Romance is one of the hottest rock bands in the game right now. Their latest disc, "The Black Parade," is their third major label release. With hit #2 on the Billboard 200 last month, coupled with a rabid fan base they cultivated on the web, concert tickets are snapped up whenever these guys play. If lead singer Gerard Way hadn't gotten control of some demons, the young band's runaway success might have been derailed.

Experimentation and controlled substance issues have long been a part of rock and roll. In a tell-all sit-down with Blender Magazine, Way talks about his substance abuse problems and how he found that alcohol is not his friend. Gerard revealed, "What we achieve keeps me sober. I know the minute I touch a drink again is the minute I lose everything that I've got." Over the last several decades, we've seen some bad outcomes when artists couldn't conquer certain urges. Gerard seems to be on track for continued rock glory, and hopefully won't go down as one of those "what could have been" stories.

The band has also had to deal with explosive success. Beyond the attention, the guys have a balancing act of keeping their early fans happy while drawing new fans into the fold. Big-name bands, particularly with modern or indie rock acts, always go through a period when the initial fans have a bit of a problem sharing their heroes with the rest of the world. Green Day, for example, went through a bit of a backlash when they exploded on the national scene. Early fans sometimes feel betrayed or left behind and begin to think of the band as a "sellouts." It is a weird irony, since you'd think they'd be happy for the band, but that's not always the case. There is a snob factor that forms among early adopters and they often shun new fans who they perceive as "jumping on the bandwagon." Indeed, Green Day's Billie Joe Armstrong has become a mentor to the band on dealing with the good and bad of success.

MCR recently toured with Green Day and Way shared some of the lessons learned: "... Billie and I talked about what happened to them after Dookie. He said the biggest mistake they made was to be angry about the success. What I got from him was personal: Don't hold back; be what you are and don't be ashamed of it. Don't be afraid to take it by the balls." It looks like Way and MCR are heeding that advice.