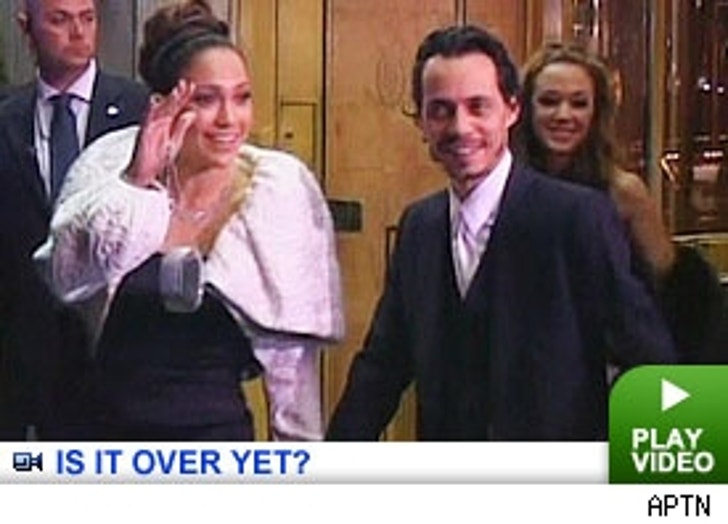 Heavy security, designer dresses, ties, tuxes and an onslaught of stars ... it's starting to look like Oscar night in Rome.

On the eve of the TomKat vows, the couple's famous friends and family gathered for a pre-wedding bash at a Roman villa. Crowds outside the Hassler Hotel screamed for Hollywood faves Will and Jada Pinkett-Smith and British superstars David and Victoria Beckham. The crowd roared as Jennifer Lopez (looking like a principessa) and her rarely-smiling hubby Marc Anthony emerged.

Brooke Shields clearly isn't as much of an international superstar as the others ... the crowd was nearly silent as she made her way to a limo. Perhaps they don't approve of her medication.