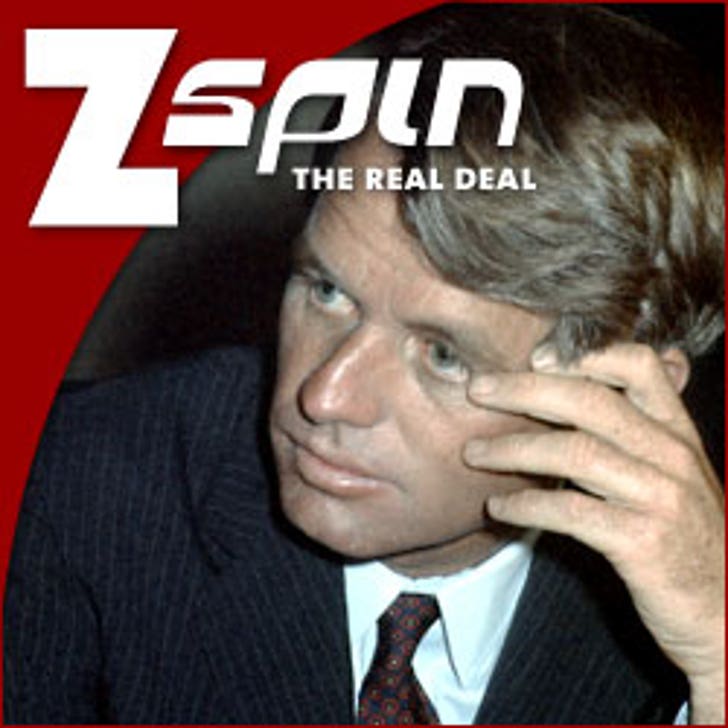 The movie "Bobby" has deep personal meaning for me. I was at the Ambassador Hotel the night Robert Kennedy was assassinated.

Rewind to March 16, 1968. I was a senior at Cleveland High School in Los Angeles. Senator Robert Kennedy announced he would run for President. I loved politics back then and had never been more excited. I immediately found out which muckamucks were running the campaign in Southern California. I contacted them and made a convincing case that they should create a organization called High School Students for Kennedy and that I was the guy to run it. They agreed and installed a phone in my bedroom -- it was the bomb. I organized car washes, airplane washes, fake primaries at high schools which all the local media covered. But more than anything, I really believed passionately in Robert Kennedy, because he had electricity. No one could stir people's emotions like him.

On June 4th, I went to the Ambassador for the victory party. It wasn't certain that he'd win but it sure seemed like he would. It was an amazing night filled with hope. People felt like the country, which lost its way in Vietnam, could come back in a big way.

About an hour before Kennedy took the stage, I somehow went up a security elevator -- I don't remember if I was invited or not, but I ended up on the floor where Kennedy and company were watching results. I didn't see Kennedy, but I remember leaving and Ethel bumped into me as we both entered the elevator. She kissed two of her kids goodnight and then Rosie Grier appeared. Grier is the former football star/Kennedy stalwart who one hour later would subdue Kennedy's assassin.

We all rode down together and victory was in the air. It was exhilarating.

I can't describe the events that followed. How could someone that vibrant and important be standing at a podium one second and dying in a pantry the next? It was too much for a high school student to process. I do remember a feeling I've never had before or since. I think I was capable of killing Sirhan Sirhan that night; at least I would have tried.

The events changed my life. I never connected with politics that way again. But it changed someone else's life more. That fall, I became a freshman at the University of California at Santa Barbara. There was a girl in my poli sci class who was also a big Kennedy supporter. She was also at the Ambassador that night. She wore a polka dot dress. When Kennedy was shot, she ran out of the ballroom and for weeks there were press reports that "the girl in the polka dot dress" may have been an accomplice to the assassination.

She was profoundly affected by assassination and her own drama. Sometime in the mid 70's, I heard she had taken her life. Too much to bear. So sad.