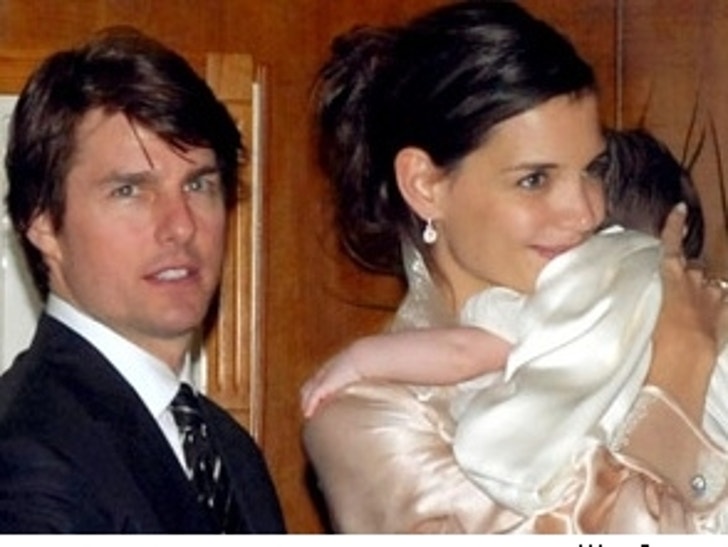 The Cruise-Holmes nuptials -- the longest buildup to the biggest anticlimax ever -- is finally here! 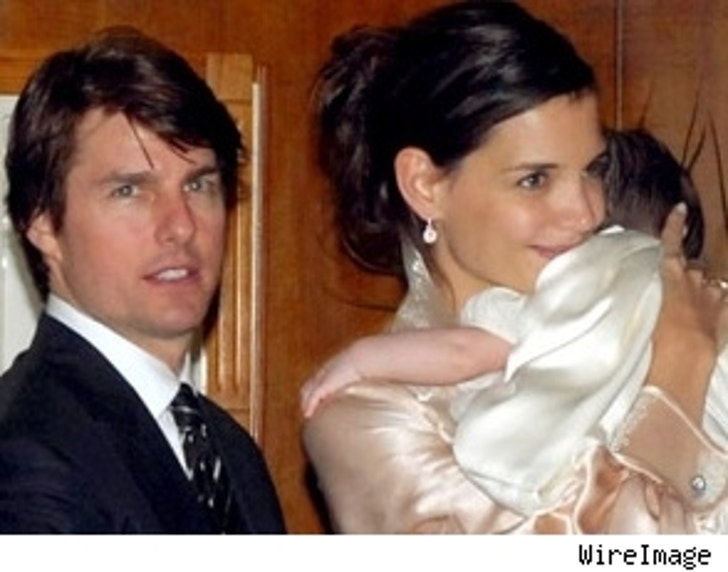 "I do" day has come for TomKat, as Hollywood A-listers like John Travolta, Will Smith, Brooke Shields, Jennifer Lopez and Marc Anthony, and Jim Carrey and Jenny McCarthy poured into the Odescalchi Castle. People reports that guests and the bridal party have arrived at the castle for the festivities, and that Victoria Beckham is wearing a very large black hat.

According to an AP report, security was tight as dozens of police patrolled the streets trying to keep gawkers back. But locals have found their own unique ways of celebrating – aka raking in the dough -- the long-awaited nuptials. One restaurant dished out "Tom e Kat" (parmesan cheese with mushrooms and truffles), while one clothing store slapped a signed in its window congratulating TomKat alongside some "Top Gun"-style aviation outfits.

But will the marriage stick? According to reports, the Scientology service may not be legally binding, and the town's spokesperson says, "This is not legal here, and there will be nothing formal about the wedding." Sounds like there may be some Tomfoolery going on here.

Cops Catch Onto The Game

Cops busted rap superstar The Game for impersonating one of their own. After appearing on "The Late Show With David Letterman," a source told the Daily News that The Game allegedly jumped into a cab and told the driver he was an undercover cop so that the cabbie would blow through red lights. The real cops caught on and pulled them over, but The Game continued the charade. He allegedly pulled out a black wallet, pretending it was a badge, and told officers that he, too, was one of New York's finest. But they weren't amused and The Game was hauled down to the station. The rapper was ticketed and released.

Lindsay Lohan was supposed to host the World Music Awards in London last week, but she wound up walking off and disappeared after just a few minutes. Page Six says, before blowing off the show, Lohan stumbled on steps and flubbed her lines. Afterwards, the high-profile party queen was seen with cuts on her arms and wrists, which her rep claims she got after supposedly falling into a bush.

It seems Britney has really wised up about who will help her make money, not spend it. Not only has the pop princess kicked K-Fed out of her life, but now he's off her MySpace page too. Us says Brit logged on and booted off her soon-to-be-ex and replaced him with her record label, Jive. It's about time. ... Val Kilmer has lost 15 pounds since the paparazzi snapped a photo of him on the beach last summer with a big, busting belly ... Jay-Z kicked off a one-day, coast-to-coast tour today. It began at 6 a.m. in Atlanta and will end in the wee hours in Vegas.