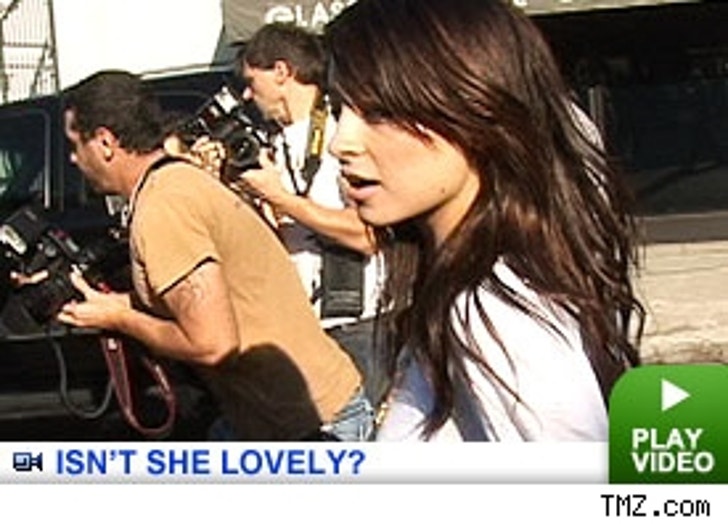 TMZ's G-Hollywood fearlessly pounded the Hollywood pavement over the weekend to bring you another glitterati-crammed Star Catcher.

The new and slightly-improved Nicole Richie was spotted by our cameras on Saturday, leaving a beauty salon in Hollywood, and then we took a drive by some of celebdom's most-favored mess halls: The Ivy, Urth Cafe and Mr. Chow. At Ivy, we caught up with Paris Hilton's on-and-off-again boyfriend, Stavros Niarchos, standing out front with a few friends. Over at the Urth Cafe, Will Ferrell and his expectant wife enjoyed lunch.

There's more! Later, at Mr.Chow, Mekhi Phifer, Nicholas Gonzalez, Nicolette Sheridan and a rather fan-shy Clive Owen all getting their Asian-food fix. Later in the Tinseltown night, we were graced by Topher Grace himself, a talkative (for him) Brandon Davis, possible Sharon Stone paramour Rick Fox, and the ever-cheerful Brody Jenner.