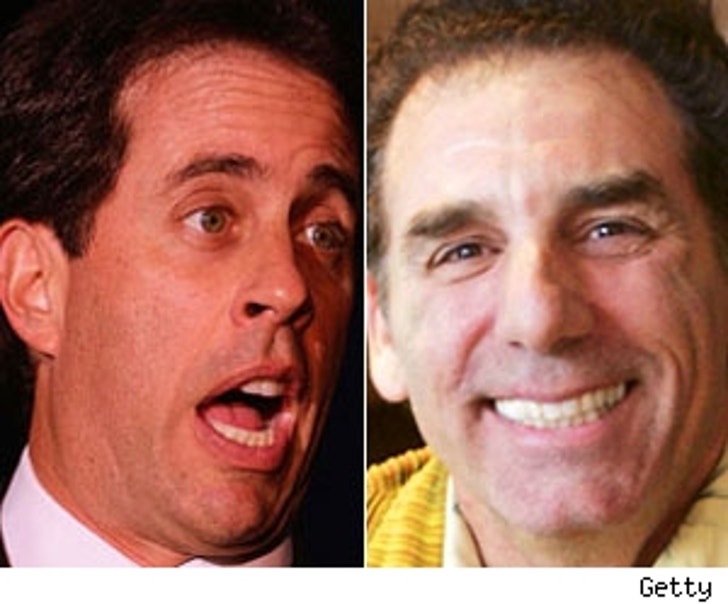 The jerk store called. They ran out of Michael Richards.

Just hours after TMZ exposed "Kramer's" vile and racially-charged diatribe at a Hollywood comedy club, the actor's former "Seinfeld" co-stars are weighing in.

In a statement released by Jerry Seinfeld, the comedian said, "I am sick over this. I'm sure Michael is also sick over this horrible, horrible mistake. It is so extremely offensive. I feel terrible for all the people who have been hurt."