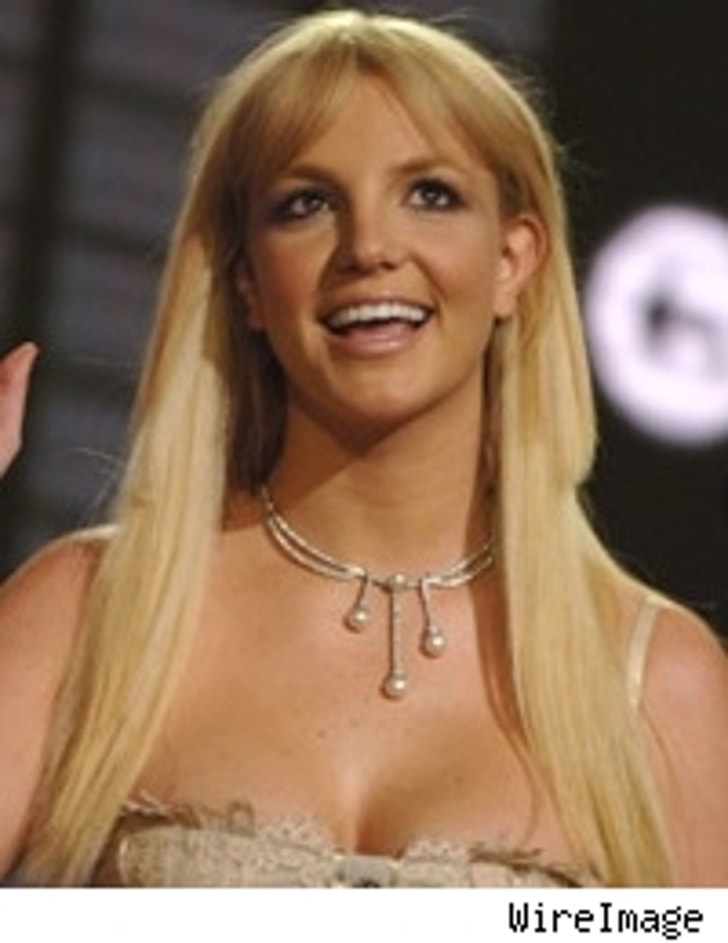 No, we're not talking about guys – yet. Actually, the Britster is reportedly looking for new digs around Miami, and it looks like she's willing to spend up to $29 million for her new place.

As TMZ first reported, Britney is selling the $13.5 million mansion she shared with the Fed-Ex in Malibu, and now, says Star (via MSNBC), it appears she's looking to relocate to south Florida, which would also put her in closer proximity to her family in Louisiana. And it looks like her trip to the Palms Hotel and Casino last week wasn't just for fun: Star also reports that she's negotiated a 20-week, $15 million exclusive performance contract with her buddies the Maloof brothers, who own the joint.

Clay Talks to the Hand, Brit Sizzles at AMAs

Clay Aiken got a taste of the hand when he presented at the American Music Awards last night in L.A., from none other than Tori Spelling. Mocking the kerfuffle Aiken caused when he clapped his hand over Kelly Ripa's mug last week, Spelling shut Aiken up with her own hand as they presented an award.

Elsewhere, Britney Spears made a surprise appearance in a breast-acular dress to present, and all the buzz backstage was how fabulous she looked. Nicole Richie introduced her dad Lionel singing "All Night Long," and Jamie Foxx introduced the world to his biological mother in the audience, whom he hadn't seen in many years.

Tom Cruise and Katie Holmes are honeymooning in the Maldives, and the nice people there just want the newly betrothed couple to, you know, say hi while they're there – nothing big, just a quick how-do-you-do? "People would really love to meet them, show their culture and say 'hello' at the least," chief government spokesman Mohamed Hussain Shareef told The Associated Press today. The couple is staying on an anchored yacht near Male, the capital, according to Shareef.

Way to instill confidence, Secret Service. ABC News is reporting that President Bush's 24-year-old daughter Barbara had her purse and cell phone stolen while she was eating at a restaurant in Buenos Aires – right under the nose of the Secret Service. A pair of thieves removed the purse from under a table while agents kept watch from a distance. Barbara, the not-blonde Bush twin, was reportedly in South America doing work as an intern for UNICEF. Meanwhile, on the same trip, sources tell ABC News that a Secret Service agent got badly beaten up in a fight while guarding the first twins.

OJ Simpson isn't just getting the axe from FOX for that controversial interview – now, residents of Buffalo, where he played football for many years, are asking the Buffalo Bills to remove the former star's name from Ralph Wilson Stadium and its wall of fame ... Mel Gibson's "Apocalypto" was a hard enough sell without Mel's August DUI arrest and Jew-hating vitriol. The L.A. Times says that Disney's doing every possible piece of press – including an hour-long special with Diane Sawyer on ABC – to keep the focus away from Mel and on the dark, graphically violent, non-English-langague film.