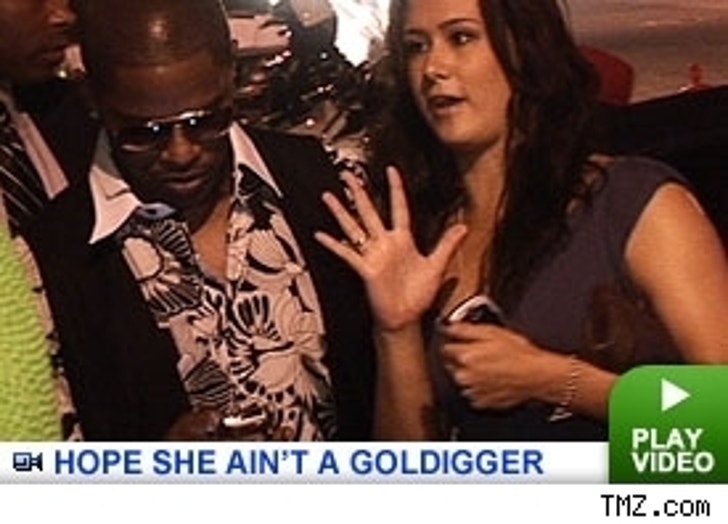 TMZ's Josh Levine was at the American Music Awards after party at celeb-packed Area last night, where Jamie Foxx was sly as ever with the ladies.

While the Academy Award winner flew solo to the soiree, it didn't take long before the star was scoring digits from an unknown brunette. Slick!

Lil' Kim also hit the scene last night, dressed to kill in a leopard print shirt. The photogs went wild trying to capture the "Notorious" rapper's rare public appearance -- one of the few since her release from a Philadelphia prison last July.

Kristin Cavallari ran into the club with new beau Nick Zano, while Nick Cannon took off with girlfriend Kim Kardashian. Slugger Jose Canseco was spotted with a blonde clad in an animal print.

Also on the town; Nicole Richie, the incredibly tall Kareem Abdul-Jabbar, a pimped-out Snoop Dogg, teen starlet JoJo, and Nelly Furtado -- who was sporting some rather unfortunate bangs.

All this and more in today's Star Catcher.