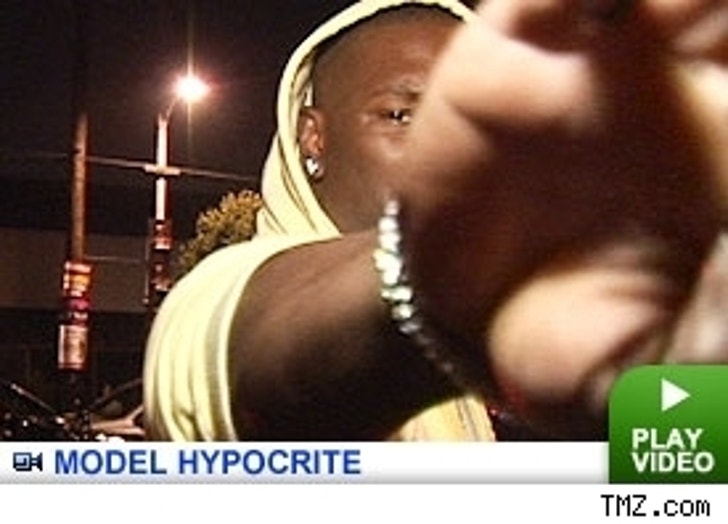 The "2 Fast 2 Furious" star was at Area nightclub in Hollywood last night. Tyrese was decked-out in a bright yellow sweatshirt with his name emblazoned in glitter across the front, and had a full squad of lackeys in tow. Even though Tyrese seemed pimped for attention, he whined and complained as soon as the cameras started rolling.

The attention-whoring hit a new level when Tyrese left the club. As the "star" stopped everyone he could to hand out flyers promoting his new CD, he was still visibly upset to be captured on tape. Hiding something Tyrese?