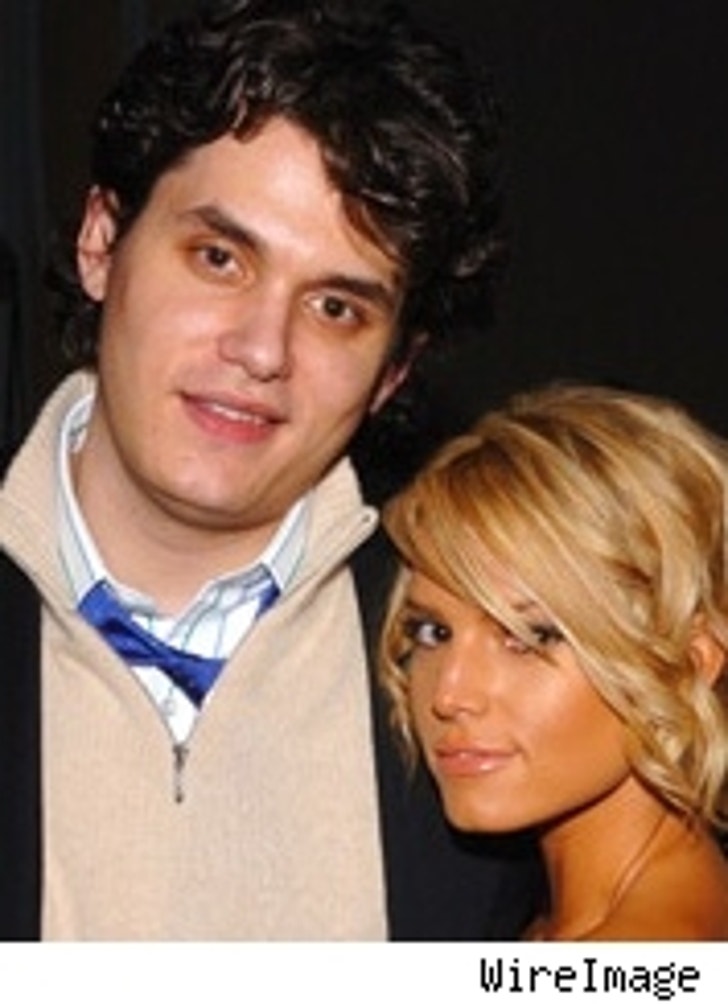 Could Jessica Simpson and John Mayer be taking turkey in Texas today? Rumors of Mayer meeting his on-again off-again galpal Simpson's family are running rampant after the two were seen together at the American Airlines lounge in Los Angeles International Airport yesterday, as PerezHilton first reported.

Sources tell TMZ Mayer was flying back to New York for a Thanksgiving Day taping of David Letterman's "Late Show," whereas Jessica was headed back to Dallas. Us Weekly confirms with Mayer's rep that playing Letterman on Turkey Day has become "one of Mayer's favorite new holiday traditions" and that his third such gig is a go. Regardless, there's little doubt that the pair have been spending some quality time together, as their recent date in Malibu suggests.

O.J. Simpson laughed off suggestions that he might not have gotten paid by News Corp. for his book and the television special that recently got nixed, but he says he's blown it all already. The New York Daily News reports that Simpson made around $660,000 for his "efforts," an amount that was revealed by News Corp. so that, according to a News Corp. rep, the families of Nicole Brown Simpson and Ron Goldman can pursue them. But looks like it's too late -- O.J. says he's already spent all the money on "bills," and he's not apologetic. "I've been pimped for 12 years. Everyone's made money on me," he said yesterday. "It's all blood money and, unfortunately, I had to join the jackals."

Leo Dreams About Pastries, Not Diamonds

Leonardo DiCaprio has interesting daydreams and reveries, it seems. In interviews for his new film "Blood Diamond," Leo told reporters that he and his costar Djimon Hounsou would spend a lot of time, says People, hanging out in muddy swamps and chatting about ... croissant and hot chocolates? Um, yeah: "We'd sit there and dream like two weird women about pastries." On a somewhat more consequential note, DiCaprio also said that he would only buy diamonds for his mother, if she wanted one, but that he can't remember the last time he did.

So What Are Celebs Doing on Thanksgiving Anyway?

Page Six rounds up what celebs are doing for Thanksgiving based on what they've told the press in the past, and it's an interesting panoply of customs. Gwyneth Paltrow goes to Steven Spielberg's house, for instance. Patrick Swayze said that he and his family have big, big fights, and Scarlett Johansson celebrates her birthday on Thanksgiving. Andy Garcia invites people who can't be with their families, and then there's Billy Dee Williams, who says that he just can't bring himself to celebrate the holiday at all. "It was the arrival of the Europeans which disrupted the entire Native American civilization and I think that was a tragedy," says Billy Dee.