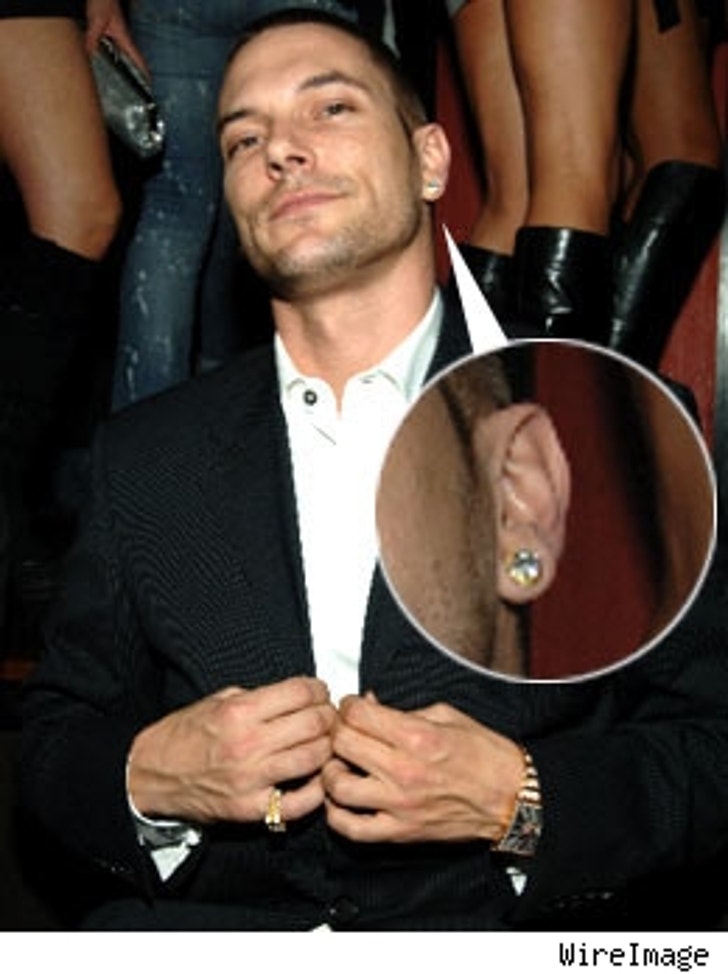 Once-aspiring rapper Kevin Federline trotted out family -- and some rather impressive family jewels -- for yet another release party for his album "Playing with Fire," which has sold less than 2,000 copies.

The recently un-Speared Fed-Ex graced Las Vegas hotspot TAO with an an entourage of ten, including his brother, his bodyguard, Leor the Jeweler (the Jacob of Vegas, as it were). Sources tell TMZ that the studiously un-thugged-out Federline had some dinner, then headed upstairs to a VIP lounge where he seemed to take in the atmosphere (i.e., pensively surveying a soon-to-be lost world?). 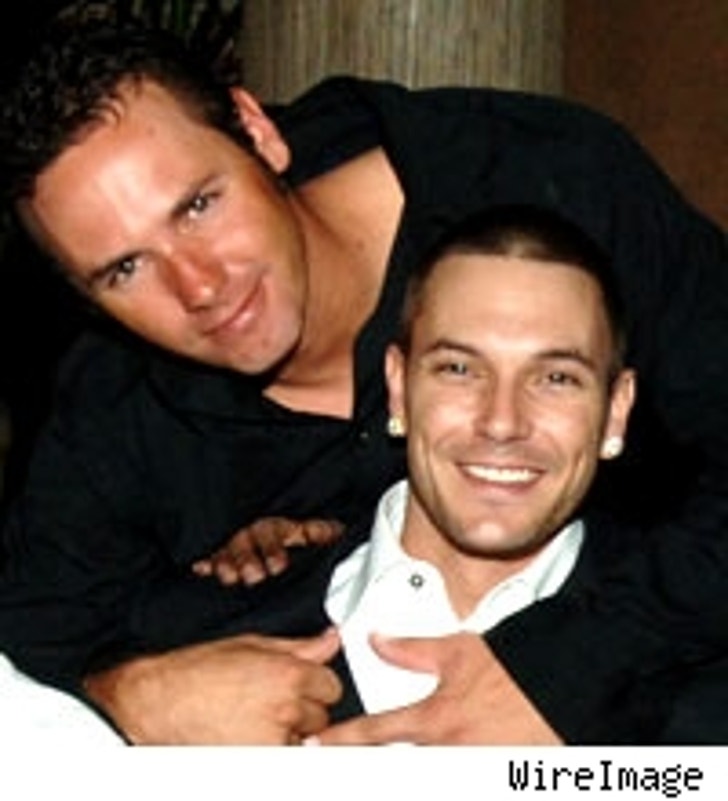 His family was there to lend support -- handsome brother Chris gave him an affectionate hug for the snappers. Perhaps he was just making sure nothing happened to the astonishingly large four-karat diamond studs Kev had in each ear. The Feds and their followers ended up in the casino, and who knows...maybe even playin' craps for bus fare. Watch for these earrings soon at a Vegas pawnshop.