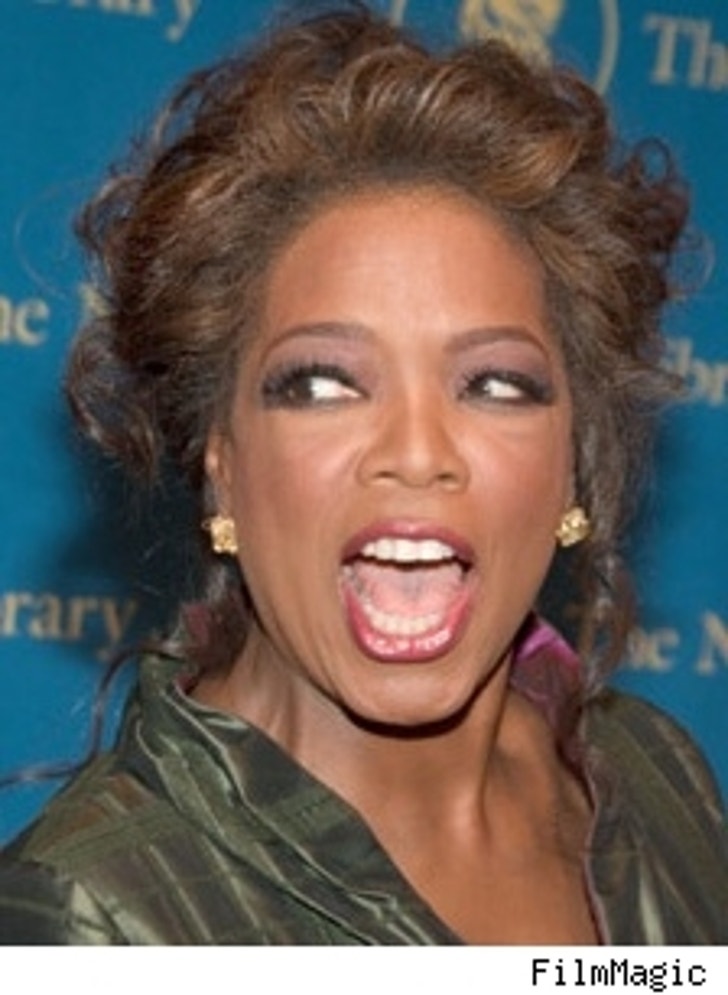 Oprah Winfrey has morphed into a middle-aged white woman, says 50 Cent, and "caters" to their needs more than she does her black sisters.

The loose-tongued rapper accuses Oprah of being an Oreo – black outside, white inside – in an interview in the January issue of Elle (via Page Six), saying that the Queen of All Media "started out with black women's views but has been catering to middle-aged white American women for so long that she's become one herself." Former drug dealer Fitty – along with Ice Cube and other rappers – has previously taken shots at O for not having rap artists as guests on her show. Oprah, for her part, has also criticized rappers for their "hateful" and degrading lyrics. And, just to add fuel to 50 Cent's fire, O just bought a new apartment on one of Chicago's most exclusive blocks.

Could Prince William finally have found his queen-to-be? Despite some recent rumors of trouble between Wills and longtime galpal Kate Middleton, it seems that the matter of the future King of England's wedding isn't a question of "if" so much as "when." People reports that the engagement buzz is getting "as hot as a pot of Earl Grey," and that Kate has been invited up to the royal family's estate at Sandringham for Christmas Day lunch, an "unprecedented" honor for an unmarried partner of a royal, and tantamount to an engagement announcement. Still, there's no timetable set quite yet for a wedding (Wills and Kate are still only 24, after all), and William has stipulated that he doesn't want to marry until he's 28. Still, says one royal observer, "It's decision time. The pressure starts now."

"Snoop is a rat," says Suge to Page Six. "He's a police informer. This is the only guy who never goes to jail no matter what. I don't like rats." Still, jail might be about the safest place for Snoop after the new Rolling Stone hits the stands, in which he disses Suge something fierce. "I stepped to him at the BET Awards [four years ago]... and he was more scared than a motherf***er," says Snoop of Suge. He also says he "never was afraid" of Suge, and "was afraid I was gonna have to kill him." Suge shoots back: "Snoop has never been in a real fight. When there's trouble, he runs to the police. He throws up and starts crying." No word on whether Snoop booted and sobbed during his arrest Monday night on drug and firearms possession, as TMZ first reported.

Nicole Kidman is Hollywood' highest paid actress, says the Hollywood Reporter in their fifth annual survey of distaff talent. Kidman gets as much as $17 million per movie, says the Reporter, while runner-up Reese Witherspoon gets about $15 million. Renee Zellweger, Drew Barrymore, and Cameron Diaz round out the top five ... Eddie Murphy will be on the case again as that cackling, mischief-making detective Axel Foley, says Variety. The project is out to writers now with Lorenzo di Bonaventura as producer, though original producer Jerry Bruckheimer is likely too busy to deal with it.