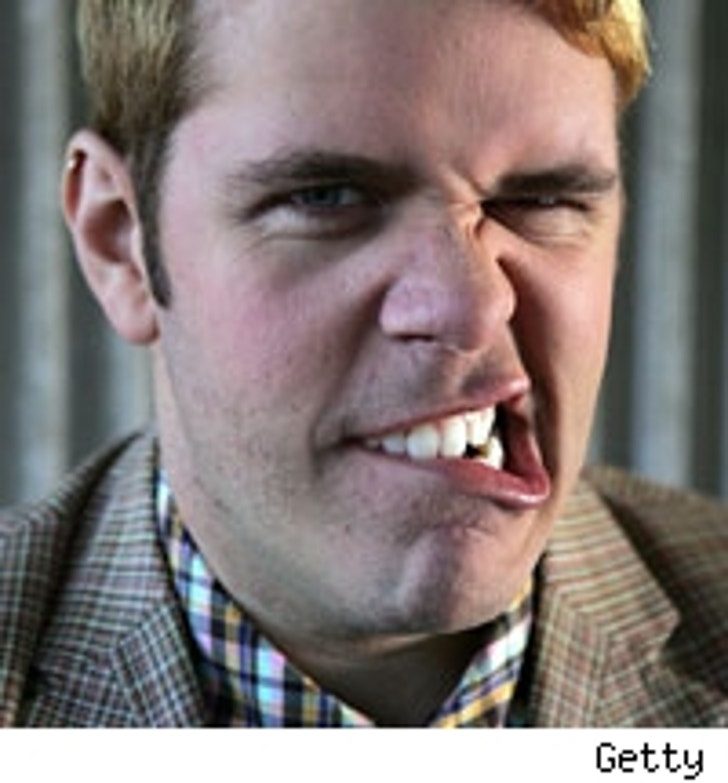 A Hollywood photo agency is suing snarky gossip blogger Perez Hilton aka Mario Lavandeira, for copyright infringement. The agency claims Perez used their images on his website "without permission from the agency, thereby violating federal law."

The tabloid agency is seeking over $7.5 million dollars in damages from Perez for what they say is a loss of profits and injury to their reputation. The photo agency believes their pics have played a large part in the success and profitability of perezhilton.com, which reportedly charges between $9,000 and $16,000 a week for ad space. It costs plenty to appear next to Britney's crotch!

Perez tells TMZ, "I have yet to be personally served with this lawsuit. My lawyers and I will address the situation when we have the opportunity to review the materials."

The self-proclaimed "Gossip Gangsta," who calls a local L.A. coffee shop his "office," is currently scheduled to appear on the upcoming "Big in '06 Awards" on VH1, and on MTV's New Year's Eve special.