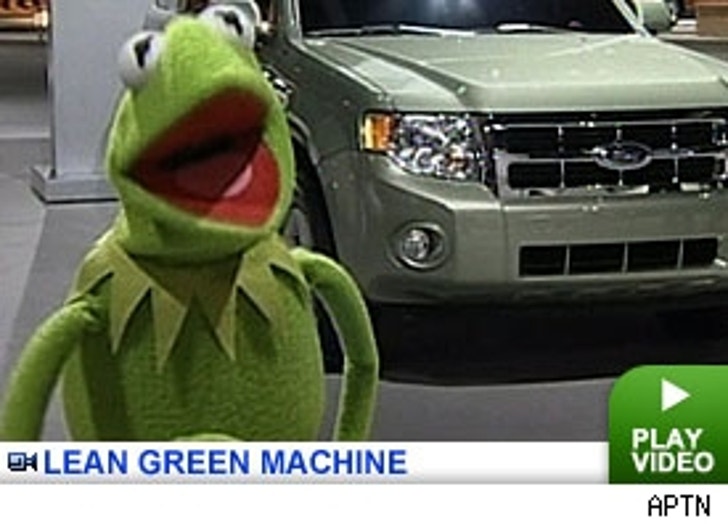 Kermit the Frog might have the answer for whatever's ailing Britney Spears: A little holiday time in the swamp with friends.

The ageless green wonder, looking and sounding as fabulous as ever at an event for the Ford Hybrid SUV, revealed that he's going to be heading "down to the swamp," for the holidays. "I've invited a few of the gang down ... Gonzo, Rizzo, Fozzie Bear." But he just couldn't get his on-again-off-again porcine-diva galpal, Miss Piggy, to join them. "She doesn't seem to like the swamp, something about her high heels getting stuck in the muck," confided Kermit.

Like Brit, Kermit says he's emerging with a vengeance from some time out of the spotlight -- with an autobiography, a Christmas album, and a new Muppet series in the works. It may not be easy being green, but it sure looks like he'll be makin' plenty of it. Unlike Britney, he's keeping his privates under wraps, despite his being pretty much au naturel all the time).

If only Kermit could get Britney to return to her peeps in her native swampland during the holidays -- her family in Louisiana, that is -- we may not have to be subjected to these now-daily and nightly privates viewings.