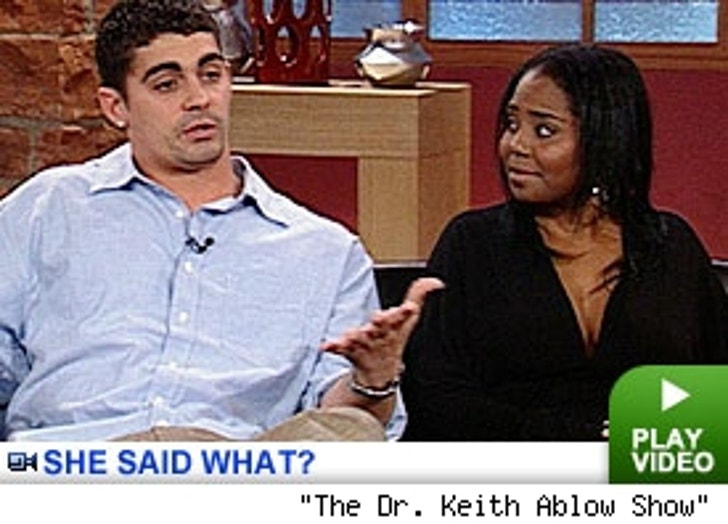 Since Brit's split from K-Fed, their exes have come out of the woodwork -- with one claiming that Spears sent him a thinly veiled threat.

Britney's 55-hour ex-husband Jason Alexander appeared with Fed's baby mama Shar Jackson on "The Dr. Keith Ablow Show," where Alexander revealed that Britney contacted him by leaving a voicemail saying, "Don't say anything you'd regret." We're guessing this is exactly the behavior she was warning against.

Shar, who reportedly fed Fed on Thanksgiving, believes Kevin fears that Britney will steal their children away from him, saying, "He's probably scared Britney might take his kids and go back to Louisiana and he might not see them."

When asked for her feelings on K-Fed's craptastic rap career, Shar politely danced around it, never giving her opinion and just wishing him luck. A little late.

The full interview with the two exes airs on Monday ... check your local listings.