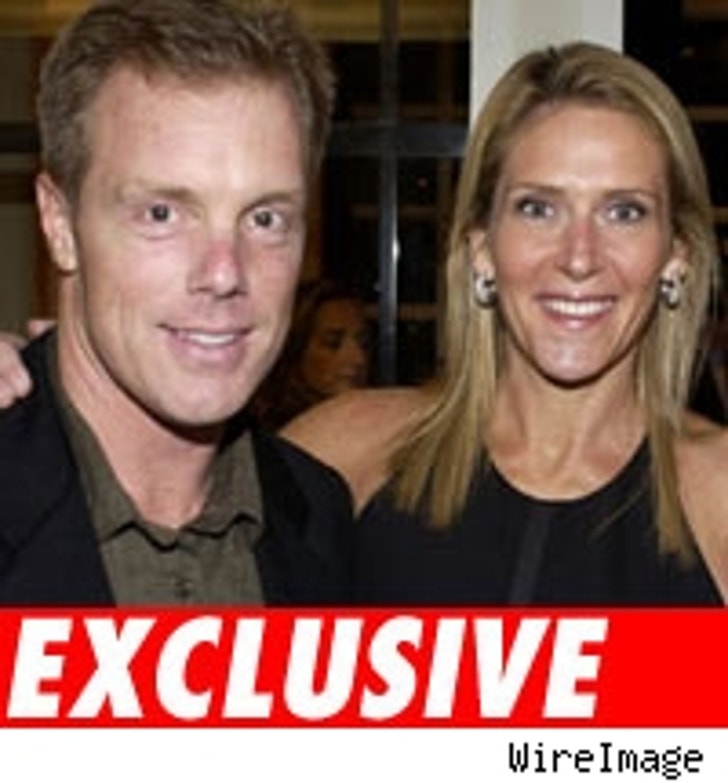 TMZ has learned a man was stabbed last night at the Beverly Hills home of Gunnar Peterson, Hollywood's most famous personal trainer, and the man who was stabbed was allegedly stalking Gunnar's estranged wife, Janet Crown Peterson.

Sources say 23-year-old Nicholas Marino, the stabbing victim, was romantically involved with the 43-year-old Janet, after she separated from Gunnar. We're told Janet ended the relationship but Marino would not accept it. Janet, an heiress to a $4 billion family fortune, went to court and obtained a restraining order against Marino. Gunnar obtained the restraining order along with Janet because the former couple was concerned for the safety of their three children.

Marino was stabbed by a security guard at the Peterson home. He was taken to a Los Angeles hospital and was arrested for making criminal threats, stalking and burglary. Marino allegedly broke into the house. He is currently in intensive care.

Peterson, who helped sculpt the bodies of Matthew McConaughey, Nick Lachey and Jennifer Lopez, was not at the home during the incident.