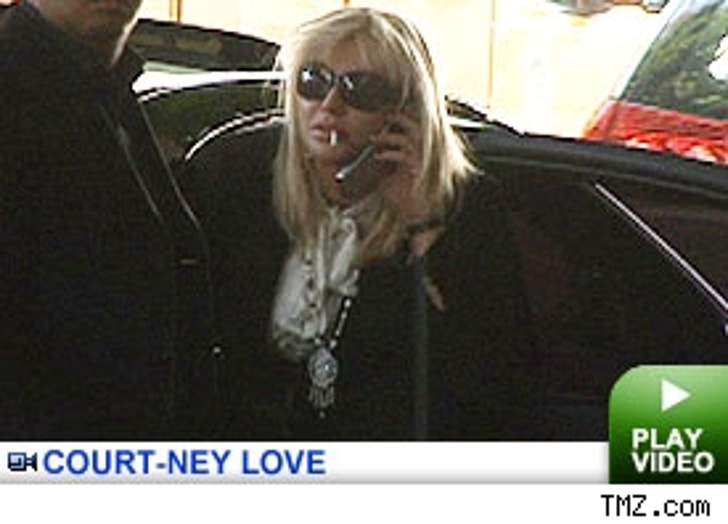 A judge agreed to terminate Love's probation and drop all pending charges after Love proved that she had successfully completed her drug rehab programs.

Love was in hot water over several drug cases and an assault charge but now it's officially behind her.

The judge told Love that he had followed her progress in the media and it was apparent she had made a choice to change her lifestyle.

After the hearing, Love's super-celebrity lawyer, Howard Weitzman, told TMZ, "Courtney stepped up to the plate, turned her life around and is on the road to releasing her new record and hopefully getting hired to act in films. I'm happy I could help."