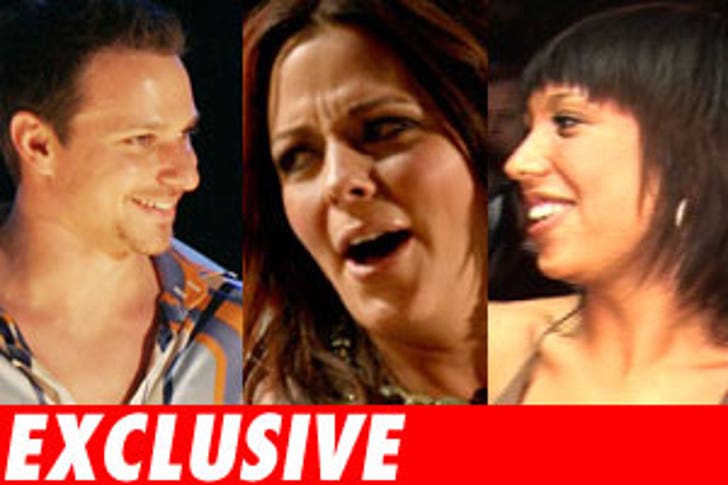 As the "Dancing with the Stars" tour prepares for a cross-country launch, TMZ has learned that stars have been specifically warned about when and where they can drop a #2.

TMZ has obtained a tip sheet "for life on the road," which was handed out to Harry Hamlin, Drew Lachey and Jerry Springer and the rest of the "famous" dancers on the upcoming tour. The sheet warns that stars looking to handle their brown business on the tour buses will be sh*t out of luck! "#1 only! No Paper! No exceptions! EVER!"

The tip sheet also warns that "Dancers" will be "oil spotted" (left behind) if they are running late to a show! Oh, and if the stars want their friends and family in the audience, they're going to have to pay for it -- this is a "no comp tour." Ouch!

TMZ has obtained the script for the tour, which contains a bedroom secret about Cheryl Burke.

During a randy little exchange between Cheryl and Drew Lachey, the boy bander says, "I know everyone's curious. First you took me to the top, then Emmitt. What's your secret, girl?" asked Drew. Cheryl's response, "Well, I just like being on top!" Of course you do.

The "Dancing" tour launches Dec. 19 and tours 38 cities. Looks like this tour will be "the sh*t!"

Dancing with the Stars