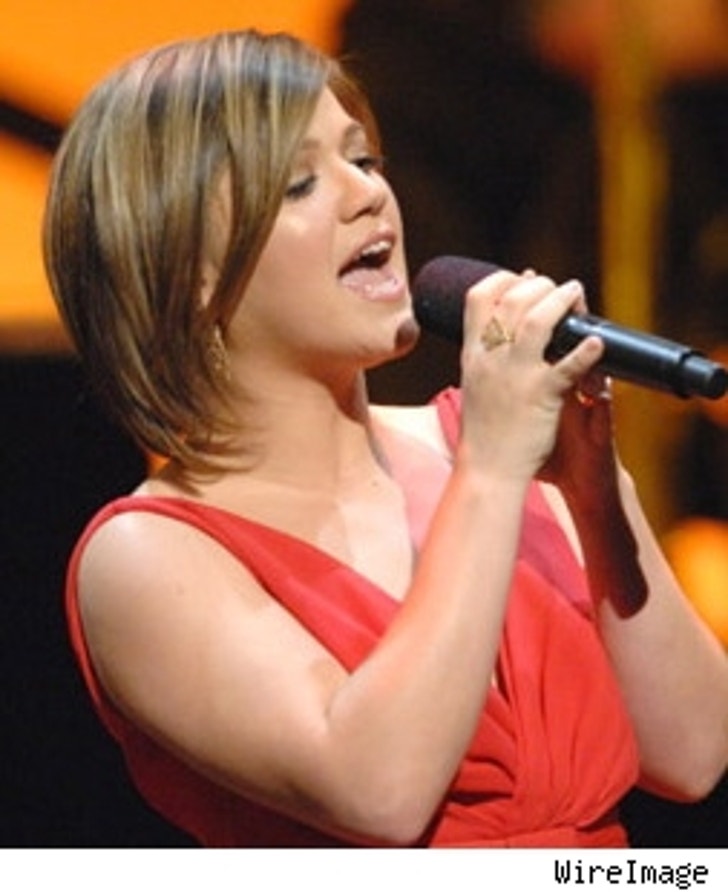 Dreams really do come true. If you can meet their price, you can party with your favorite "American Idol."

According to the New York Post, the going rate for the reality show's castoffs, finalists and winners ranges from pocket change to big bucks. It all depends on whether you want them to sing their little hearts out or just show up and pretend they care.

So who makes the most? Ruben Studdard gets anywhere from $30K-$75K for three songs; Taylor Hicks sells his soul for $150K; and Kelly Clarkson is worth $300K. Meanwhile, a lowly castoff like Kimberly Caldwell -- wait, who? -- only charges $2,000.

Thanks for Nothing, Ed Norton

There'll be no swanky swag at the Oscars or Golden Globes, courtesy of altruistic Edward Norton. The awards have scrapped giving out gift bags -- which are usually worth up to $100K -- because the actor complained so much, and the IRS got wind of the extent of the freebies. Norton tells New York magazine: "Picking through $35,000 gift baskets is disgusting and shameful. My suggestion was to have the Academy commit to [charitable] contributions in the name of the winners." Yeah, right. Look for Ed sitting alone during this year's festivities.

Steven Spielberg is jumping on the reality TV bandwagon. The Oscar-winning director is developing a show about the fashion world featuring supermodel Christy Turlington ... PEOPLE reports "Apprentice" winner Bill Rancic and E! News' Giuliana DePandi are engaged. The couple met when she interviewed him on E! two years ago ... Michael Jackson is charging Japanese fans $3,500 a pop to shake his hand and snap a photo. The "Premium VIP Party" takes place March 8.