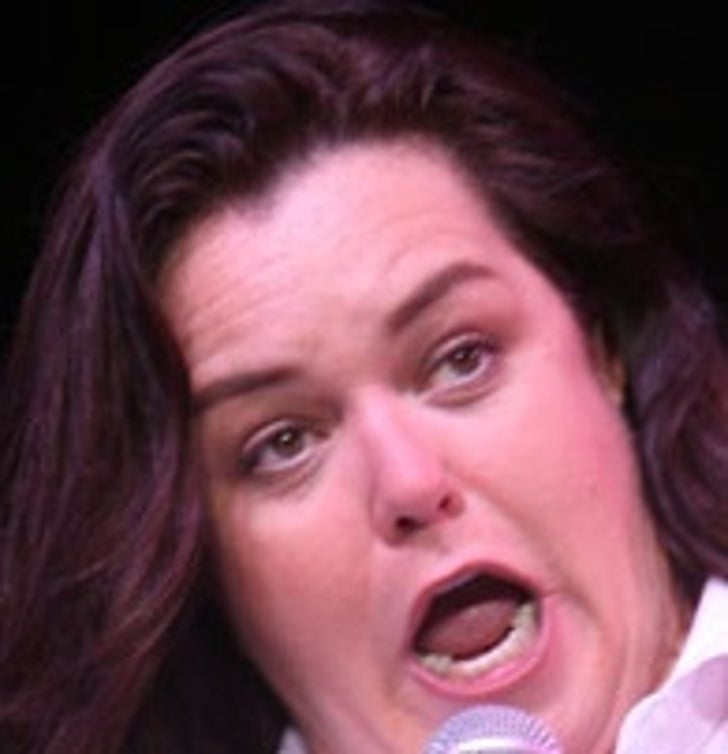 Donald Trump may have threatened to sue her, and worse yet, break up her marriage, but Rosie isn't flinching. In fact, now she's taunting him on her blog, laying bare the Donald's history of bankruptcies for all to see.

The Donald, responding to Rosie's rant against him on yesterday's "The View," called her a "fat slob," and bizarrely insisted on dragging O'Donnell's wife Kelli into the fray. He told the New York Daily News (among other media outlets), "I imagine it would be pretty easy to take her girlfriend away, considering how Rosie looks."

Rosie shot back last night on her blog, posting a Wikipedia entry that chronicled Trump's checkered financial past (which she referred to on "The View") and ending with a taunt (in her lowercase style), "i will let u know if the Donald sues me or if kelli leaves me for one of his pals/don't u find him charming." Earlier in the day, Rosie had charmingly directed Trump to "sit and spin, my friend."

Britney Spears has officially moved on from her Malibu mansion – and now she's shacking up in a $7.2 million, five-bedroom Mediterranean-style pad in Beverly Hills, right around the corner from Ed McMahon and Gwen Stefani, according to People. The house also has six-and-a-half baths, a pool, a media room and a library, say People's sources. Brit apparently liked the place so much that she decided to move into the place even though the house was officially listed as being in escrow. Whatever the case, the house is in a gated community, so there's very little chance of tour buses or other interlopers peeking in, or so Brit thinks.

Miss USA Tara Conner may have survived to reign another day, but at least one organization thinks that she's tainted the image of "little sister" Miss Teen USA Katie Blair, and is cutting ties with Blair as a result. Mothers Against Drunk Driving (MADD) announced Wednesday that it has ended its relationship with Blair, saying in a statement, "We do not feel, at this time, that Ms. Blair can be an effective spokesperson on underage drinking and will not ask her to represent MADD in future initiatives."

Nick Lachey might have the fabulous pop-star life and the delectable girlfriend, but the one thing he doesn't have enough of ... is underwear. While performing at the Z100 Jingle Ball in New York, report Rush & Molloy, Nick took time to thank 2(x)ist underwear for taking care of his needs. "I would have run out of underwear if it wasn't for you guys." ... Madonna's father-in-law, John Ritchie, tells the London Daily Mail (via Page Six) that his son Guy has had enough of the adopting. "They've had a difficult time," says Ritchie the elder. "I don't think he'd want to adopt again." ... As she finishes the final installment of the Harry Potter series, J.K. Rowling says that, for the first time ever, she had an "epic dream" in which she was, simultaneously, Harry and the narrator. "Perhaps I should cut back on the caffeine?" she asks.