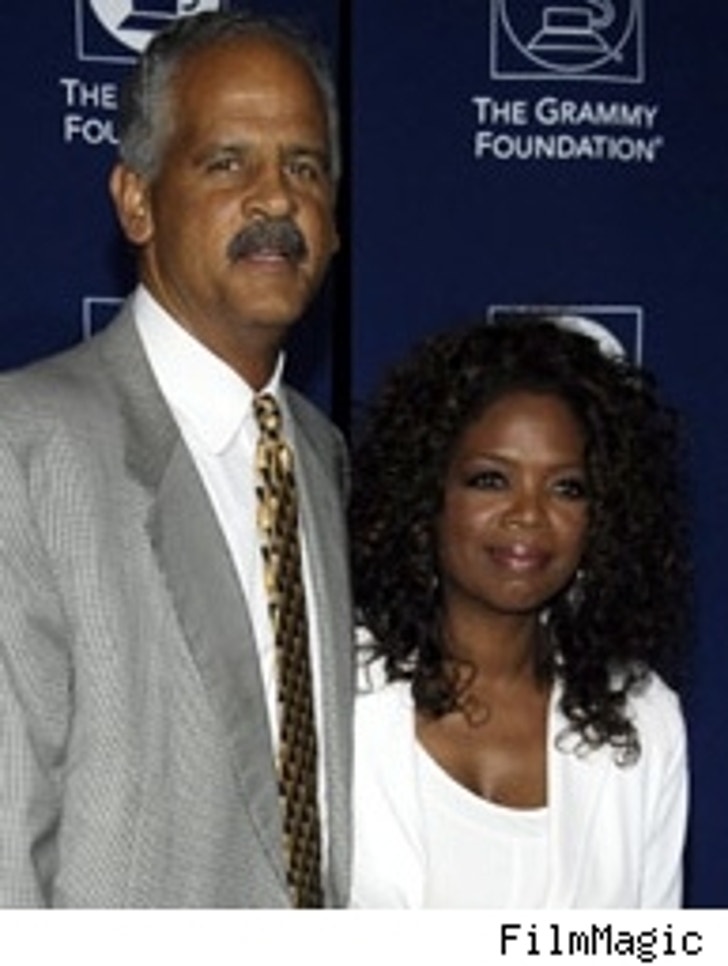 Oprah's finally ready to let Stedman sleep over – every night.

The talk queen and longtime beau Stedman Graham are finally taking their relationship to the next level and moving in together – after, oh, 20 years or so -- and tongues are wagging that this development could foretell the unthinkable ... an Oprah-Stedman wedding.

According to Life & Style magazine, the pair have decided to cohabitate, possibly in the $6 million Chicago pad that O just bought. The mag's source says Oprah is finally "happy to let Stedman have what he wants." An Oprah rep confirms the news. No word, however, on how O's BFF (and sometime sleepover guest) Gayle King will feel about this.

Tara Conner's got a head-bending gig lined up for herself – that is, if the whole rehab thing doesn't quite work out. According to Page Six, High Times magazine – that bible of all things mind-altering -- had just sent an invite to the troubled Miss USA, whose drug problems almost led to her being deposed, to participate in the Miss High Times pageant in Negril, Jamaica. Alas, the Donald gave her a second chance. "We wish her the best of luck," says High Times' Rick Cusick. "But we would like Tara to know that if the rehabilitation doesn't work out, she can still come down to Jamaica and party with us as much as she wants."

P. Diddy is using dog fur on one of his fashion line's jackets, and the Humane Society is barking loudly about it. A hooded jacket in the Sean John line was found to be using fur from a canine species called a raccoon dog, even though it was advertised as having an "imitation rabbit fur collar" and other materials called "faux fur." Diddy's not the only designer using the fur of raccoon dogs, which are often skinned alive for their fur. The fur is then mislabeled as being from raccoons. Diddy said yesterday that the jacket would be removed from store shelves, and that the jacket will be made with faux fur trim only henceforth.

Britney Spears may do a "frank" tell-all interview with Vanity Fair magazine, says the London Sun newspaper. The pop tart might also reveal the first pictures of her son Jayden James to the mag. ... Rocker-humanitarian Bono will become a knight of the British empire after New Year's Day, but don't call him "Sir." That designation only goes to nationals of Britain or former British colonies. ... Uma Thurman broke her wrist on the set of her new movie "The Accidental Husband" in Connecticut, says Ben Widdicombe's Gatecrasher. The production will have to shut down an extra week for Uma's injury.