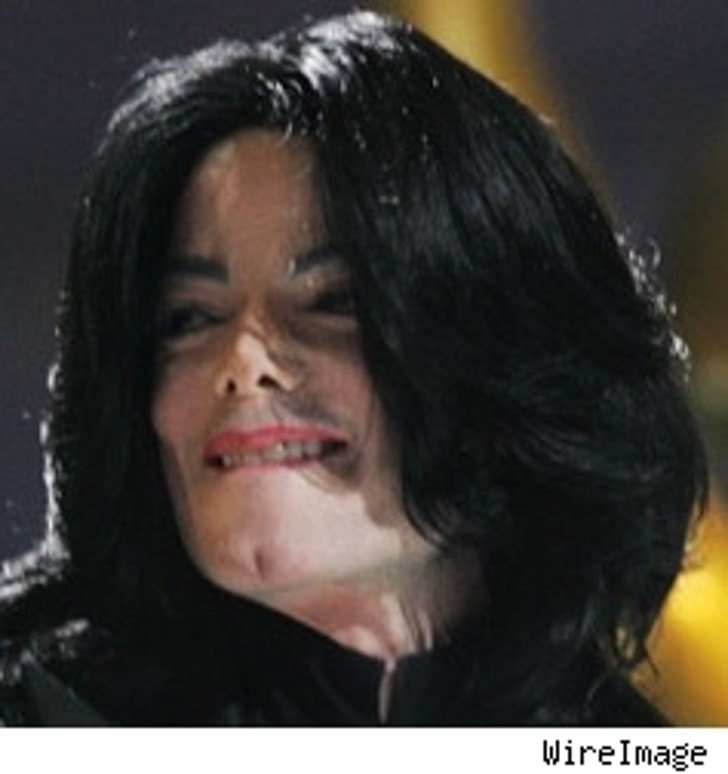 Merry Christmas, Las Vegas! It looks like you're getting the King of Pop under your tree this year.

Michael Jackson has decided to end his self-imposed exile in Ireland and Bahrain, and make his big "comeback" in that city of broken dreams, Las Vegas. Us Weekly reports that the singer has already moved into a mansion in Vegas and that he's working on a deal to do a live show on the Strip, joining Celine Dion, Prince and others.

Jack Wishna, described as "gaming dealmaker," is the force behind Jackson's triumphant return to U.S. shores, and he tells the Las Vegas Review-Journal that Jackson "is poised to return to the top" of showbiz. Just after Jackson was acquitted in June 2005, the TV show "Celebrity Justice" reported that Jackson had struck a deal with Steve Wynn to perform in Vegas. Peeps for Wynn and Jacko then told "CJ" that the story wasn't true. It just remains to be seen, doesn't it?

For the second year running, Ryan Seacrest and Carson Daly will be hosting New Year's Eve specials, prompting the Los Angeles Times to ask, could there be a rivalry brewing between the two to be the ultimate heir to Dick Clark's Dec. 31st throne? Daly says no: "I'm not trying to keep his tradition. I'm trying to do my own." But Seacrest, who has been filling in for Clark since the TV legend suffered a stroke in 2004, recognizes that he's not taken the reins just yet. "These shows are like kids to him, his babies," says Ryan of Clark. With younger musical acts, Daly's NBC show is somewhat less traditional and not as focused on the pandemonium of Times Square as the Clark-Seacrest version -- which is still the king, attracting a remarkable 20.1 million viewers in the 11:30-12:30 hour, though there's no metric on how many of those viewers are actually able to watch the TV.

What would a lovely Christmas morn be without the latest on Kate Moss and Pete Doherty? According to London's Mail on Sunday (via Page Six), the ever-tragic pair could get hitched sometime this week. (Please, do it, for everyone's sake!) "Both Kate and Pete have invited close friends and family to meet them" at a local registrar's office, says a source, and then a big party has been planned for January in Ibiza. Meanwhile, Kate is spending New Year's Eve on the island of Phuket in Thailand, along with her pal Sarah, Duchess of York.

The Ben Stiller museum-comes-to-life film "Night at the Museum" took the box office crown over the weekend, with a three-day take of $30.8 million. Will Smith's "The Pursuit of Happyness," last week's no. 1, came in second with $15 million, and "Rocky Balboa" took in $12.5 million to inch over $22 million total. ... Singer-songwriter extraordinaire and Replacements frontman Paul Westerberg severly injured his left hand when he put a screwdriver through it, cutting nerves and tearing cartilage, said Jim Walsh, a Minneapolis music blogger. Westerberg may be away from the guitar for a year. ... "Taxi" actress Marilu Henner married her former college roommate's ex-boyfriend Michael Brown, says the New York Times. Brown proposed to her from his hospital bed after waking up from cancer surgery. The couple went to the University of Chicago together and were married in Los Angeles last week.