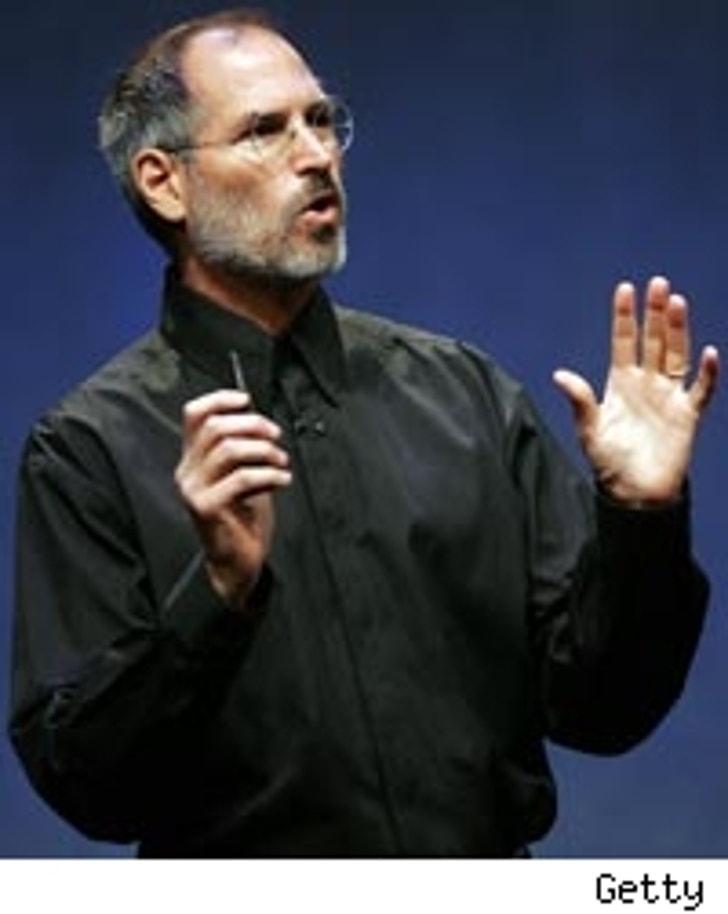 The apple may not fall far from the tree, but Apple's share price nearly fell out of the tree today, plunging six percent before rebounding.

An unconfirmed, published report in a law journal today said, to quote TheStreet.com, that "federal prosecutors are reviewing the computer maker's stock-option administration documents to see if they were intentionally falsified by company officials."

Among those officials under particular scrutiny are Apple founder and black turtleneck-wearer-in-chief, Steve Jobs.

And an Apple without Jobs? It clearly makes investors very nervous. As Wired points out, Steve's had a hell of a good year.

But it also begs the question, as MarketWatch editor-in-chief David Callaway sagely observed,

"Are the [Apple] shares, having tripled in the last two years on the power of the iPod revolution, still reflecting the phenomenal growth story of a reinvented company that changed the music industry like it did the computer industry 30 years ago? Or are they hanging by a thread on the future of a hard-charging, arrogant leader who could blow up at any time? ... The answer depends on whether you believe Steve Jobs is Rupert Murdoch or Frank Perdue."

That is, is he a builder of media empires, or simply a pitchman who's become inseparable from his product -- like the lamentably late Frank -- you know: "It takes a tough man to make a tender chicken."?

We thought we'd put the question to you, dear readers: What is Apple without its mercurial, visionary founder? Vote and tell us what you think...