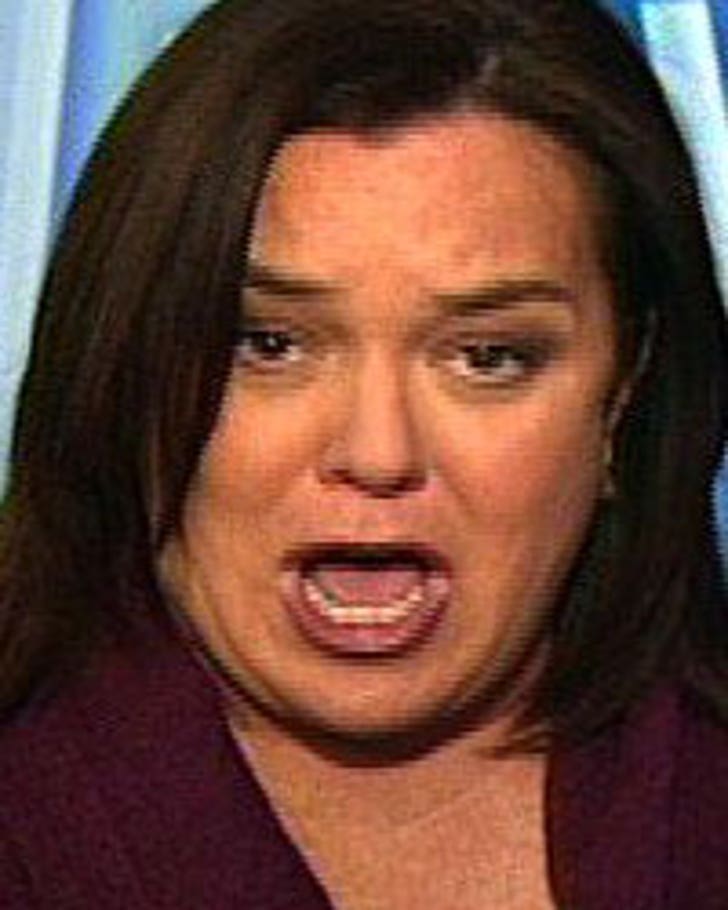 Rosie was actually a guest at The Donald's wedding to Marla Maples, believe it or not. Back in 1993, Rosie attended Trump's nuptials at the Plaza Hotel, because, as she explained on rosie.com, a friend was doing "The Will Rogers Follies" with Maples.
As for whether Trump and Ro boogied together on the dance floor or otherwise spent some quality time, a source tells Planet Gossip's Marc Malkin, "He probably didn't even know she was there. There were about 800 people there and it was before anyone even knew who Rosie was." Really? She'd already starred in "Sleepless in Seattle" and "A League of Their Own."

Meanwhile, The Donald apparently isn't all that sad about former President Gerald Ford's passing. As Ben Widdicombe reports, the Stars-and-Stripes above his Mar-a-Lago property in Palm Beach is so big, it can't fly at half-mast because it would knock down the 40-foot palm trees nearby, so it's at three-quarters mast. The city wants it out; Trump's suing to keep it up. One neighbor says, "It makes the place look like a used-car lot."

Julia Roberts Has Bun #3 in the Oven

Julia Roberts and husband Danny Moder are reportedly expecting a third child, says Page Six, and their latest babe will be coming next summer. The couple already have twins, Phinnaeus and Hazel, delivered after a difficult pregnancy, according to the Post. Of course, with a baby coming (no word on whether it's a boy or a girl), Julia's work schedule could get a lot more difficult. She's got a Mike Nichols movie ("Charlie Wilson's War") and has signed on to "The Friday Night Knitting Club" for 2007.

British prime minister Tony Blair is under fire for reportedly taking a complimentary $100,000 vacation from former Bee Gee Robin Gibb. Blair, his wife Cherie, and their three children are staying at Gibb's mansion in Miami (where they had a plane scare upon arriving this week), and Gibb's wife has told the press that Blair isn't paying a shilling for the place. The stay could constitute a conflict of interest, as several British papers point out, because Gibb is lobbying Her Majesty's government on laws regarding copyrights for artists. What's more, Blair has come under fire for accepting trips in the past. 10 Downing Street would only say, "There is a private commercial arrangement in place."

England's Prince Harry is determined to go to Iraq with his army unit, says the UK's Daily Telegraph, despite concerns that he could be a target for terrorists and might draw unwanted attention to his soldiers. Harry would be assigned to patrol the Iran-Iraq border ... Mary-Kate Olsen was spotted yet again, this time at the Chateau Marmont, with Travis London, described by Page Six as "a partygoing L.A. hipster." Which leads everyone to ask, what happened to MK's recent boytoy Max Snow? ... Actress Victoria Principal is officially divorced from her husband of 21 years, plastic surgeon Harry Glassman. The two have property interests of more than $50 million, according to the AP.