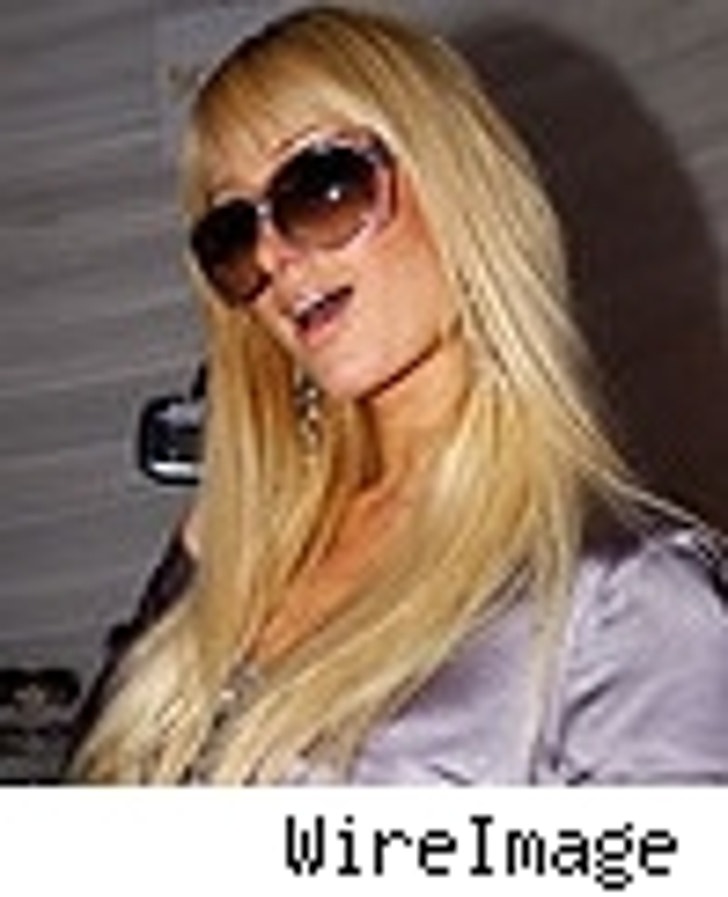 The hotel heiress pulled a brazen move, according to Page 6, and stiffed a restaurant after scarfing down a hamburger, frappe and mineral water. Apparently, Paris needed to apply the $8 burger bill toward her $2,200 shopping spree for jewelry and lingerie. And where, prey tell, would she get the money to pay for the shopping spree? Not to worry...Paris was paid $5 million to crown the Bondi Blonde beer girl from a sea of scantily-clad beauties.

But her visit wasn't all fun and games. Paris visited the children's ward of Sydney's Royal North Shore Hospital, signing autographs and posing with sick kids. "I have a lot of New Year's resolutions," she says. "One is definitely giving back. I'm really fortunate and that's why everywhere I go I'm going to visit a children's hospital." Now if she could just show a little more love at hamburger joints.....

Joe Simpson started the rumor that his daughter was dating Dallas Cowboys QB Tony Romo, according to Page 6. Dear ol' dad reportedly let Romo name-drop Jessica in exchange for game tickets, and the two have never even met! In reality, Romo is dating A.I. finalist Carrie Underwood, and Jess was just spotted again with John Mayer. This time around the two "buddies" were shopping for jewelry at Barney's on Madison Ave.

Singer-turned-actor Justin Timberlake refused to take acting lessons before taking on a leading role in the upcoming movie "Alpha Dogs." IMDB News reports that the pop star feels he had enough acting experience during his "Mickey Mouse Club" days to play an accused teen killer in the gritty flick. "I thought it was a dark script, but I also thought it was a great statement, and I like to make statements," JT says.

Party Favors: K-Fed Gets in the Ring ... Busta Rhymes Might Get Busted ... Brad and Angelina Make a Surprise Visit to Panama City

Looks like Kevin Federline might have a new career after all. He'll hit the wrestling mat again today, facing off with World Wrestling Federation champ John Cena live on "Monday Night Raw." Cena body slammed K-Fed back in October ... Looks like Busta Rhymes is in trouble with the law again. Rhyme's driver filed a complaint with the police alleging the rapper beat him up ... Angelina Jolie and Brad Pitt went to Panama City, visited a souvenir shop, a colonial village and the Panama Canal. The couple is considering investing in the new Biodiversity Museum, which is being designed by Frank Gehry.