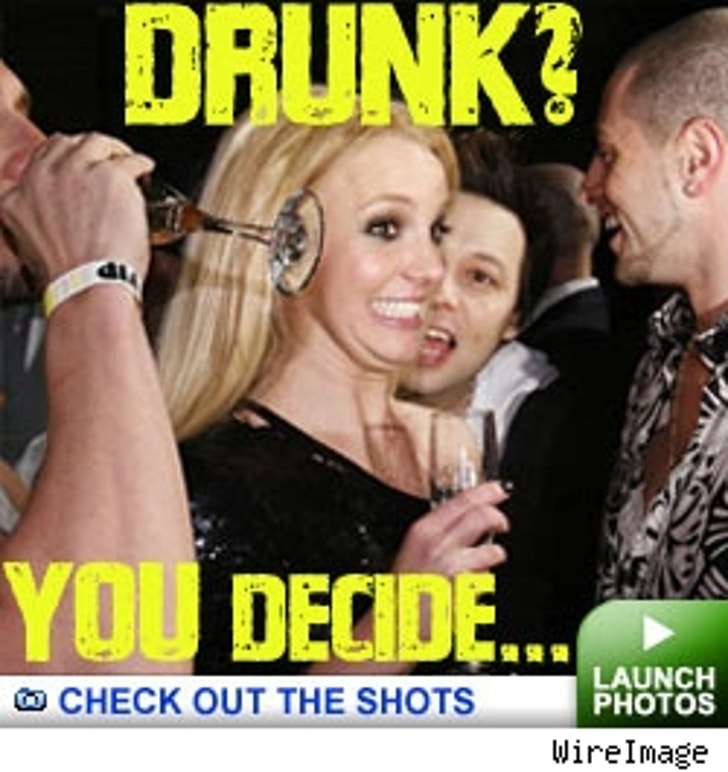 The lurching pop princess, according to Ben Widdicombe, won't be getting her six-figure appearance fee from Pure nightclub in Las Vegas because she "failed to spend the agreed amount of time" at Pure, and had to be carried out. What's more, Brit's official story – that she fell asleep – is making the club "furious" because it suggests that the joint is a snoozefest.

TMZ's sources say it ain't so. We're told that the club is wildly happy because they got more publicity from the incident than they ever dreamed of. A rep for Pure tells the Daily News that the Britster won't be docked for ditching the club and that the fee was actually less than $200K.

Donald Trump isn't the only person who can't stand Rosie O'Donnell. In an interview with Newsweek several years ago, Whitney Houston called Rosie a "fat b***h" because O'Donnell had suggested that Houston had a substance abuse problem. But, according to reporter Allison Samuels in her new book "Off the Record" (via Page Six), the magazine decided not to run the item, because it was too "demeaning" and – here's a real shocker – "Whitney was clearly not in her right mind." No word on whether Ro and Nippy have made up since.

Is That Really All Screech in the Vid?

Dustin Diamond is screeching anew about his infamous sex tape, which we first previewed for you on TMZ. The "Saved by The Bell" star told "The Dr. Keith Ablow Show" that he tried to stop the tape, which shows him cavorting with two young women, and that it was a dare from some poker buddies. The tape's purveyor David Hans Schmidt, however, tells Rush & Molloy that the former Screech was "in on this deal from the start," and that he's not even sure that it's all Diamond – at least where it counts – in the video. "You never see his face and his [manhood] in the same shot," says Schmidt, who adds that he might sue if Dustin is misrepresenting himself. Diamond's girlfriend (really? who? what?) tells the Daily News that she can vouch for the package.

Brad Pitt says that he and Angie will be adding another little representative -- a sibling for Maddox, Zahara, and Shiloh -- to the United Colors of Brangelina. He tells People, "We'll let you know when we get there." ... Anna Nicole Smith is trying to set up a shell corporation to protect her daughter Dannielynn's future inheritance from Smith, who is still fighting to get millions from her late husband J. Howard Marshall's estate, while Larry Birkhead, who claims to be Dannielynn's father, is still fighting for a paternity test, reports MSNBC. ... GM debuted a Jay-Z-colored SUV at the North American Auto Show over the weekend. The GMC Denali was painted in an indigo hue called "Jay-Z Blue." Other celebrities posing with cars were Carmen Electra, Nick Lachey, and Jennifer Hudson ... "Night at the Museum" and "The Pursuit of Happyness" nabbed the top two spots in the New Year's first weekend box office tally, with $24 million and $13 million apiece.