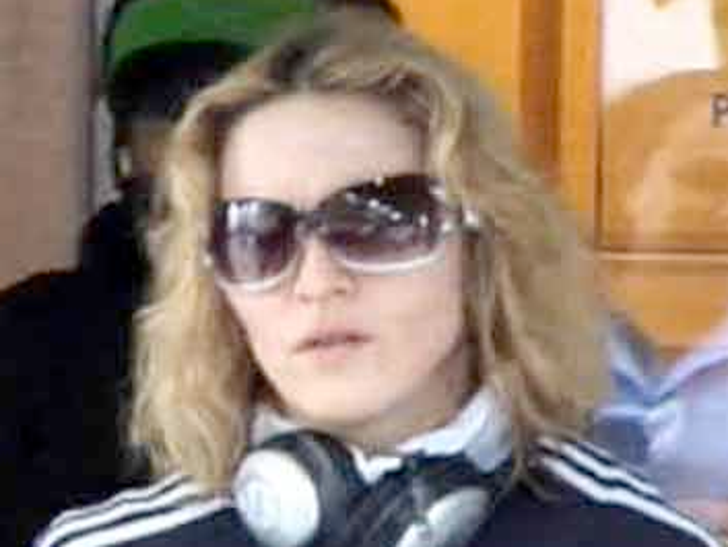 Madonna capped off a busy promo day in NYC by hosting a screening of her new animated movie, "Arthur and the Invisibles," and then squeezed in a visit with David Letterman.

Her Madgesty, who co-stars in the family adventure alongside Robert De Niro and Snoop Dogg, posed for pics with a few lucky kids -- and uber-producer Harvey Weinstein. Photogs caught the Material Mum in a near riot as she left the Ed Sullivan Theater after taping her "Late Show" appearance.

Earlier in the day, Madonna made a trip to the "Today" show, where she defended her pal Rosie O'Donnell, and had to defend herself from an overzealous Cybill Shepherd. All in a day's work for the Empress of Pop.