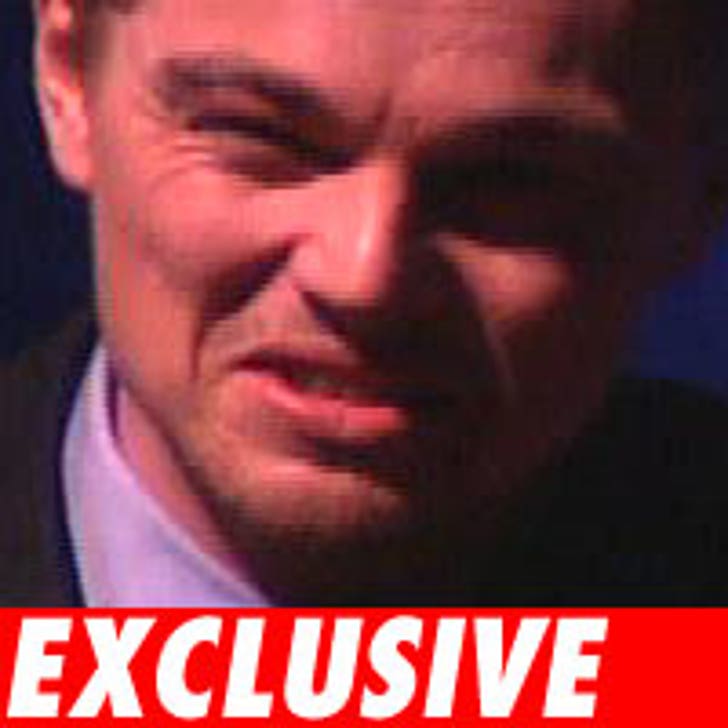 Leonardo DiCaprio will take your free stuff, but don't you dare ask for a photo in return!

The incident went down at a Golden Globes gift suite on Thursday. At 5:15 PM, Leo entered the suite at the Friars Club in Beverly Hills, which was packed with over 40 vendors offering free items; including jewelry, handbags, shoes and barbecues. Leo's publicist tells TMZ his client was there to support Global Green, an environmental organization that had a booth in the suite.

DiCaprio was there with his girlfriend, supermodel Bar Refaeli. Also in tow-- someone carrying two huge empty duffel bags. The drill at this event is for the celebrity to load up on free stuff in exchange for taking photographs with the various vendors. The vendors then use the photos to market their products and everyone wins. But that wasn't the case with Leo.

The Golden Globe double-nominee informed the muckety-muck running the show, that no one was to take his picture. He then 'shopped' til the duffel bag guy dropped, cherrypicking the free stuff without giving anything in return. Leo would ask Bar if she wanted jewelry, and stated that certain handbags would be perfect for his mother.

The only snag came when the "Titanic" star was approached by designer-to-the-stars Glenn Laiken. Our spies, who overheard the conversation, say that Laiken, who owns Alandales mens clothing store, told Leo, "I would love to make a custom shirt for you, but I understand you don't want any photos taken." Our sources say that Leo dismissively responded, "We have many other people here to see. I may be back." DiCaprio turned away and never came back to Laiken.

Leo's rep insists the star was there to support his environmental cause, and people offered him the free stuff. He also says DiCaprio was told by Global Green that his picture would not be taken. Leo signed dozens- if not a hundred- autographs, which in of itself has market value.