Betty White Keeping Busy During Quarantine, But Loneliness Was Real 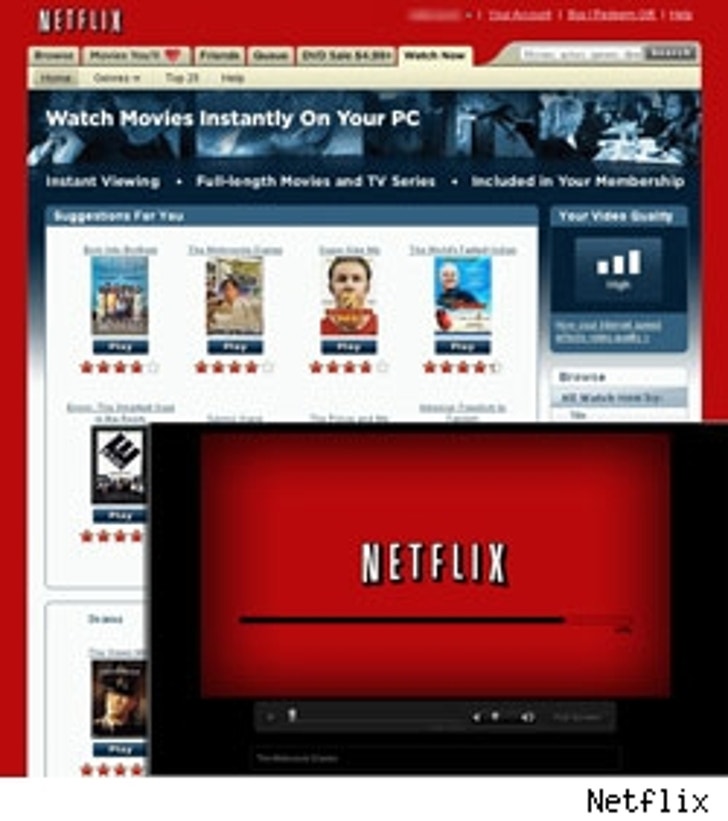 If the thought of waiting hours for your video to download while you watch "Head of the Class" reruns has grown tiresome, worry not; Netflix has announced a new service that allows its users to watch streaming video of films directly from the Netflix website. The new feature will have a phased rollout over the next six months, and will be available by the end of June for all subscribers, at no extra cost.

Users will be able to view an hour of video for every dollar they pay toward their Netflix monthly plan. For example, if you pay $17.99 for the unlimited DVD rental and three discs out at a time plan, you will be able to view 18 hours of online video per month. Say goodbye to that gym membership.

According to Netflix, after a one-time browser applet install, the movies should load in as little as 10 to 15 seconds.

With the introduction of the new Netflix service, and the forthcoming iPhone, June is shaping up as the greatest month ever for movie buffs and nerds everywhere!