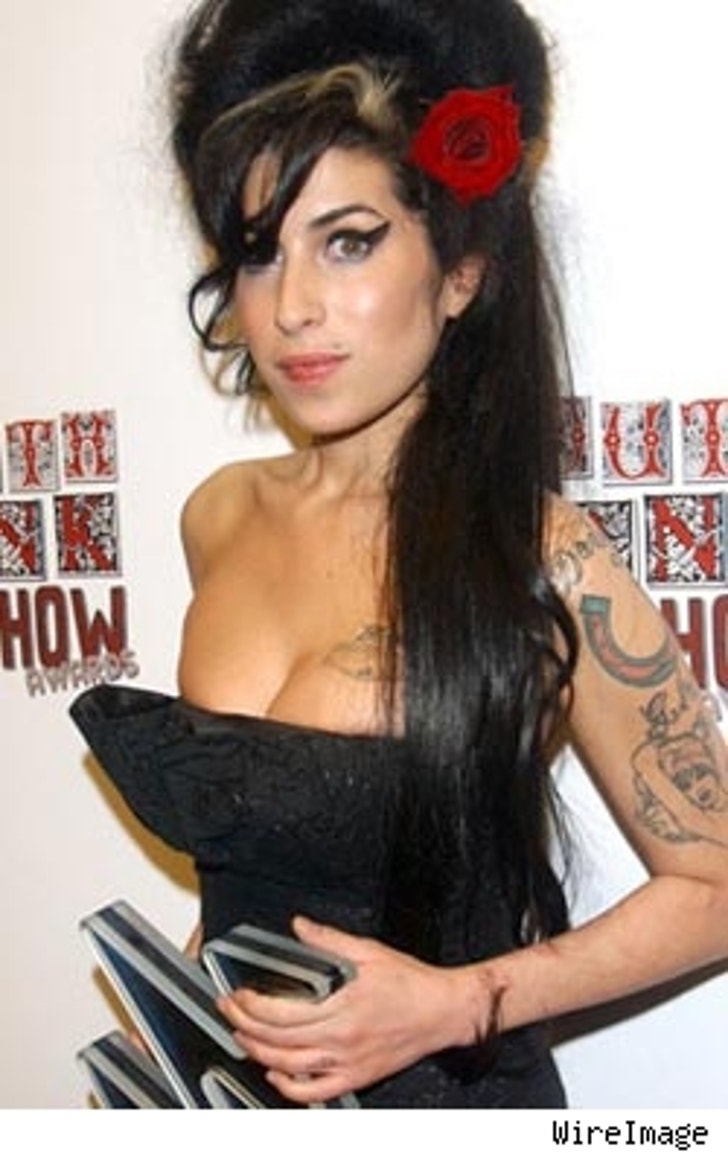 There's this thing among English musicians to talk trash about other artists. It seems Noel Gallagher of Oasis is dissing someone every other week , most recently lashing out at Robbie Williams. Now Amy Winehouse (I know, not many other people over here know her either) is talking trash about Bono. It's not the first time the young singer sought to make a name for herself by taking on the superstar. At the British "Q" Awards, Winehouse made the papers with an obscenity-laced interruption of Bono's acceptance speech.

Since she's new to many of us Americans, here's a bit of history: Amy is nearly as famous in the UK for her alcohol fueled antics as she is her music. Last fall, she gave an awful performance on the Charlotte Church show that left papers wondering if she was drunk while trying to sing Michael Jackson's "Beat It." Amy's even had a hit song called "Rehab." In January she reportedly had to run offstage to hurl, leaving concertgoers a bit miffed.

Amy just hit the States for a tour, and is obviously looking for more press. So, what does she do? She slags off Bono again. After her gig at NYC's Joe's Pub, she sat down with Spinner for an interview and re-lived her heckling escapades. She also bragged about dissing the Irishman after he introduced himself. Hmm... let's see, Bono's last NYC gig was a sold-out Madison Square Garden. And, Amy is at... Joe's Pub. I like Joe's, but I think we might see another reason behind the attacks, eh?